This is For The Boids!

I recently was asked to do a bird character for an on-line thing (all hush-hush, don’t you know!). My initial gut feeling was to go for a very simple “Symbol graphic” type of thing. The Bird is supposed to be yelling, getting the word out….something like that.

It seems to me, that when I ever work for a committee of two people or more, the end result is going to be much worse than the beginning. It never fails. Here’s the progression of characters from top to bottom as I received art direction. The color versions were created when they’d “Decided” on a character. The decision has yet to be made and I’ll probably be creating more ideas but to give YOU an idea, here’s the way it slowly degenerates! (By the way, I mean no ill-will towards these guys, it’s just the way these type of jobs go usually!) 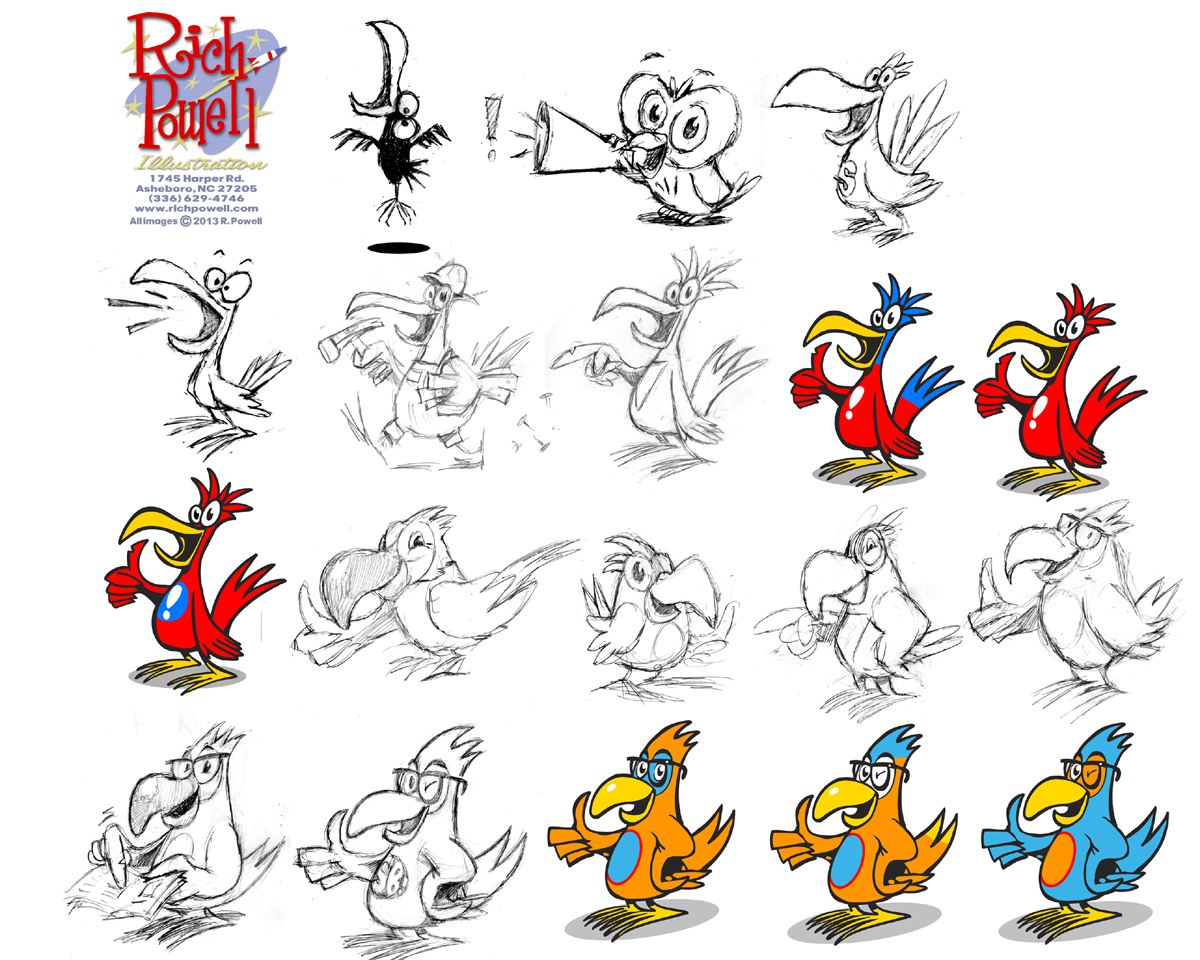