Due to the fact that I got many favorable comments on the Raven scratchboard, and the fact that I sold it right away. I’ve decided to do another in the same theme. I’m not stupid. Dumb maybe. I also enjoy the fun of the whole thing. It’s so rare that I don’t have the whole thing planned out to begin with that actually just letting myself go with my intuition is really a thrill.

Frankie figured an owl would be the logical follow-up to the Raven and I agree.

The first step, of course, is finding some good reference. Frankie initially thought a snowy owl would be a good subject but I found their facial characteristics cool but not what you think of when you first hear “owl”. I looked at some flying owls at first but eventually decided I’d do a close-up so the face had to be very “owly”. I have no idea what I’d do without the internet. Back in the day, artists would have a “morgue” with photos of everything from fire hydrants to anteaters. 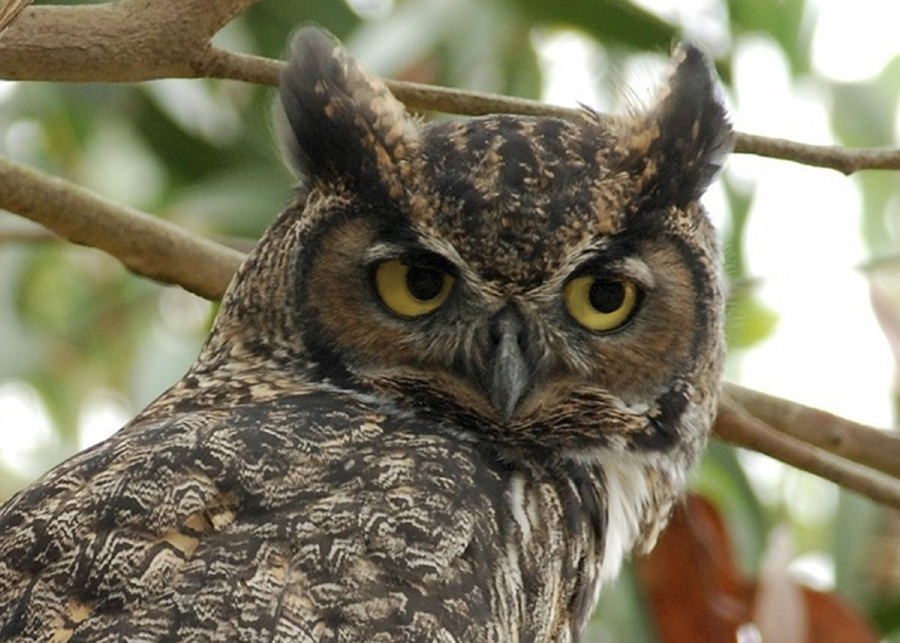 If it wasn’t in the morgue, it was off to the library. Alas…libraries suffer. Visit yours soon!

So, look at this owl I found. I thought this would be perfect I just needed to get the guy to look at me.  After dangling a mouse in front of my screen for a few minutes I decided I’d once again cave to technology. Photoshop!

What you do is, select both pupils, copy them and place them on a layer above the original. Now you go to the original layer and fill his eyes in with the eye color (gold in this photo) now, you simply move the pupils to the right position and merge ’em down. Voila!

Doesn’t have to be perfect, after all, you’re just using it for a rough reference. I hate the outcome when one follows a photo too closely. You can tell immediately,  for example, if I was to draw this owl and include the blurred background it would appear as if my eyes had a focal depth like my Nikon. I just need to see what the important “parts” of an owl look like in relationship to one another.

BUT…I didn’t end up using this owl at all! Here’s my guy: 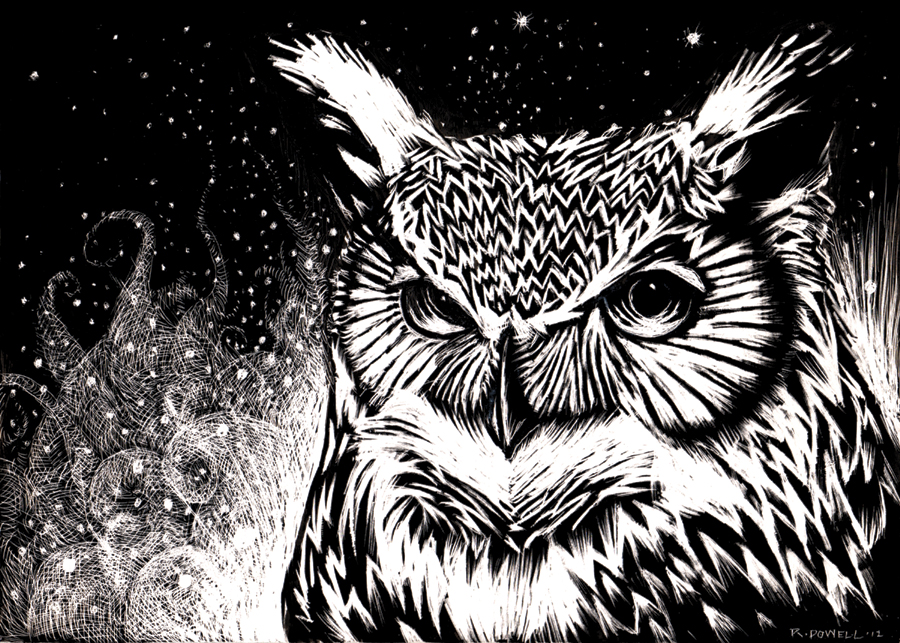 I messed with his eyes as well but also changed the closer eye (to us) to be open just a little wider. That way, he’s really giving you “the look”. I like the idea of the owl being present at the creation of night. Tendrils of cosmic mist rise from below, giving birth to the myriad of stars. Who writes this shit? Anyway, I was pretty happy with how it came out. I tried to keep the lines on the owl itself to stay fairly rough and geometric to play against the softer lines of the cosmic tendrils.

I felt that the owl needed to “pop” more and experimented with different color combinations after scanning the board into Photoshop. Frankie loves the look of the black and white and I agree so it was decided to just add a bit of color to the background. Here’s the final. Good? 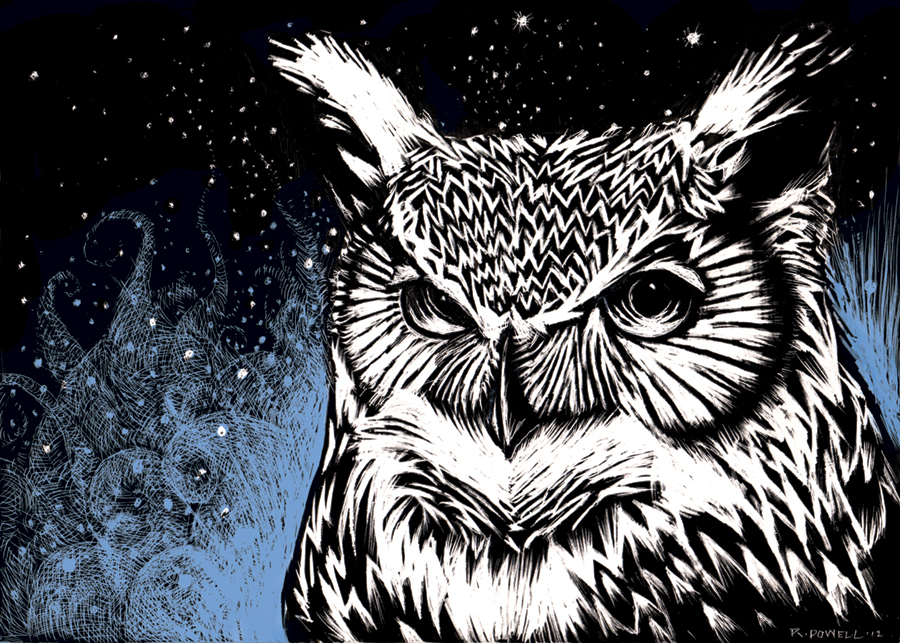