I’m beginning to work on some storyboards for an old friend, Arturo, a film teacher at Ithaca College. I’ts been a long time since I’ve done this type of work and it’s tricky visualizing the frames from a script. I’ve been going back and looking at storyboards I’ve done in the past.

The last time I worked with Arturo on a film, we were figuring out a few special effects sequences for a German tv-series titled “Jets: Leben am Limit”… don’t ask me. It was about a bunch of guys training here in the states to fly F18s or something. All I needed to know was the sequence!

Arturo and I flew to Oklahoma City and met with the German film crew and the American director. We’d visit the base during the day and I’d work with the director back at our hotel room in the evening, figuring out the shots he’s like to see. Arturo was going to build the special effects sequence from my boards. It was fun.

Arturo went to town one day and scoured hobbie shops until he found a model of the correct jet, came back and built it in the hotel room one afternoon. He’s a funny guy, he always seems to figure stuff out like this. I’d have never thought of the model idea. 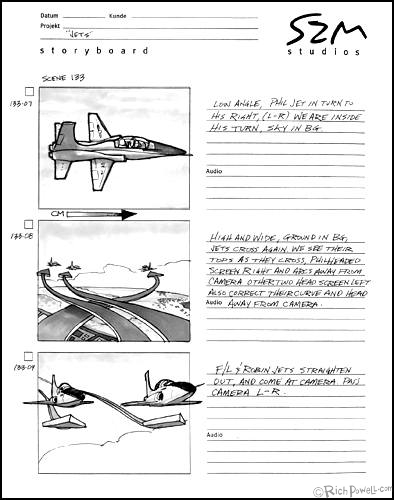 It turned out to be a huge help! I could hold the thing up at any angle for reference.

The big shot we were working on was to culminate in the crash of one of the planes into a big motel sign. The guy narrowly misses “buying the farm” at a local elementary school and ends up in the sign instead. Arturo was going to take my boards back to the shop and, in addition to digitally laying them out, he was going to build an actual model of the sign and smash a model plane into it so the sign would break up in a realistic manner. Old school! 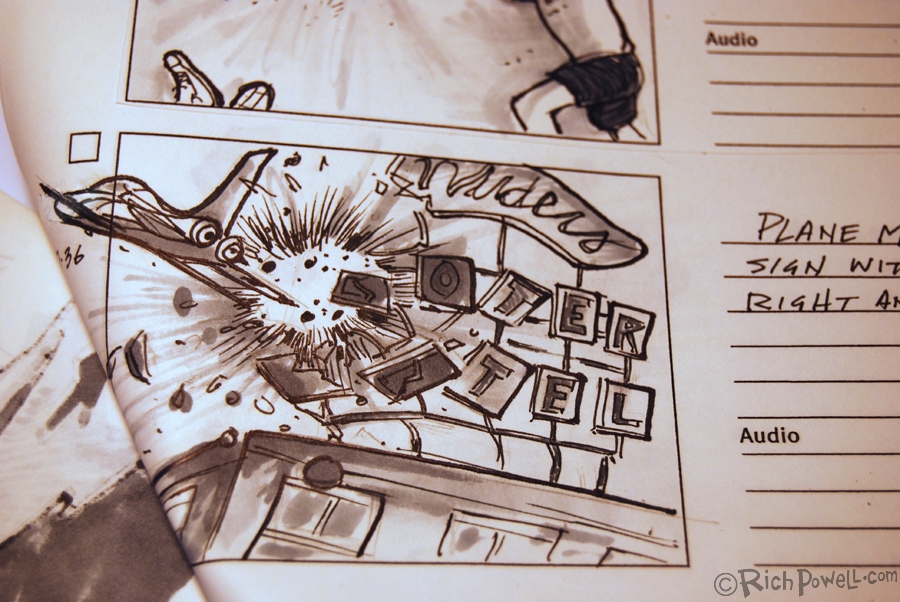 Here’s the one of the frames of the plane hitting the sign.

Sorry I couldn’t find actual footage from the film to post. The only shots I’ve seen reside on Arturo’s demo reel on his site. Here’s a couple screenshots and a shot of the model: 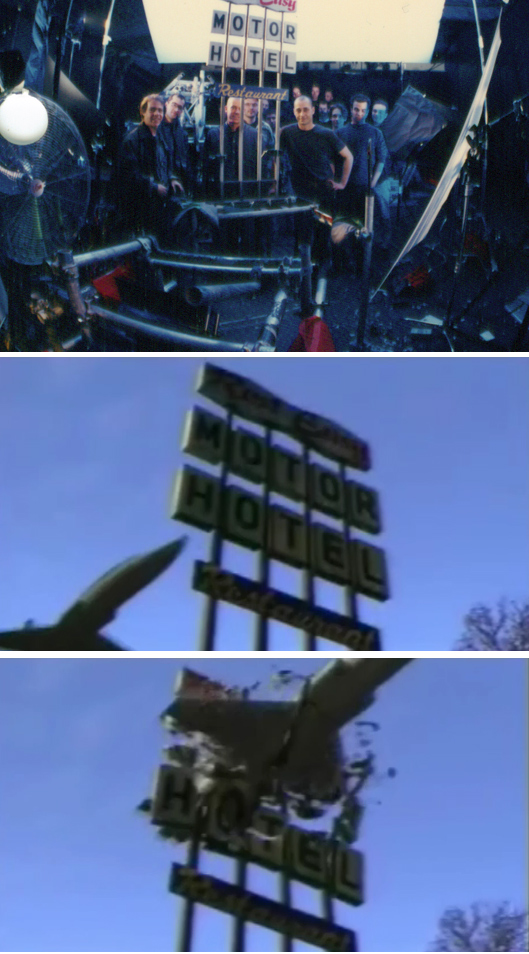 The current project won’t be anything so spectacular I guess. I think it revolves around some rednecks in Minnesota or something.

No trip to beautiful Oklahoma City with a bunch of crazy German dudes this time!

In addition to creating storyboards for film, I’ve also had the opportunity to do the same for computer games. Here are a couple shots from a science fiction game’s opening sequence that I created for a San Francisco-based computer game company. 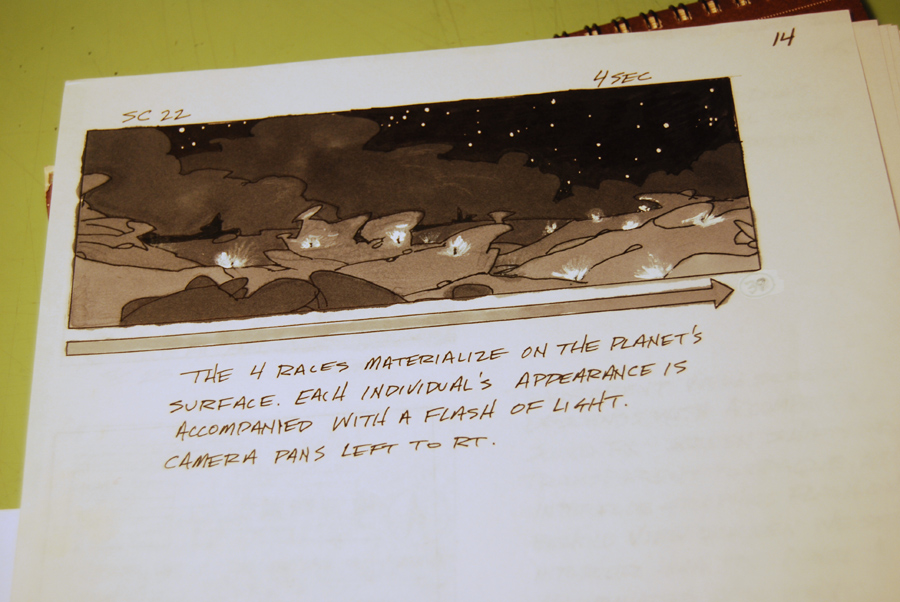 I believe the game revolved around a number of different alien races being teleported to a “Battle Planet” where they’d duke it out. I always love drawing science fiction stuff. 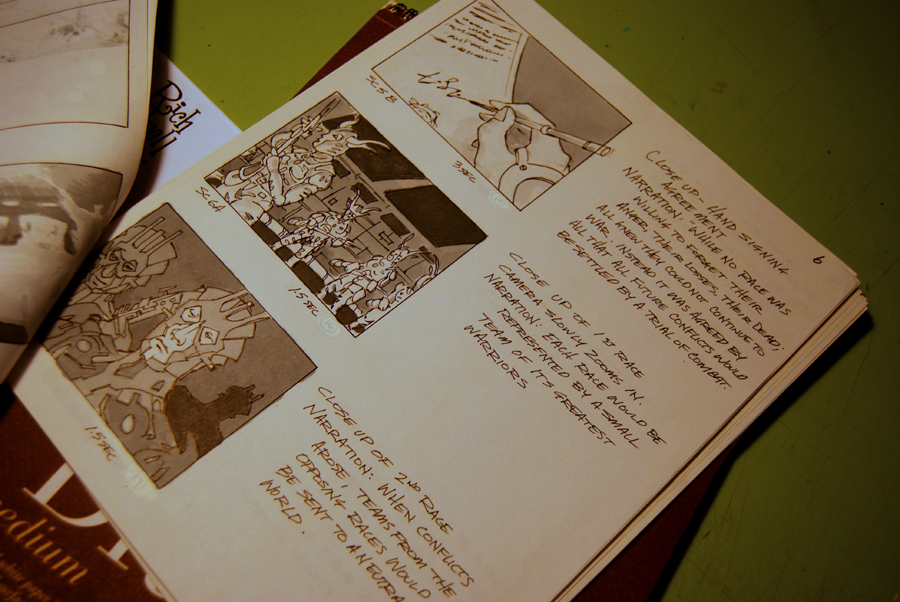 It’s fun to make up armor,aliens, weapons, strange landscapes., you name it. I’d usually expect a game company to have that sort of stuff designed ahead of time but for some reason, I was given free reign to make it up as I went along!