Now that I’ve got the concept for the map finished, we can take a look at the layers that reveal the different levels of the game. Here’s a shot of the map with all the areas hidden: 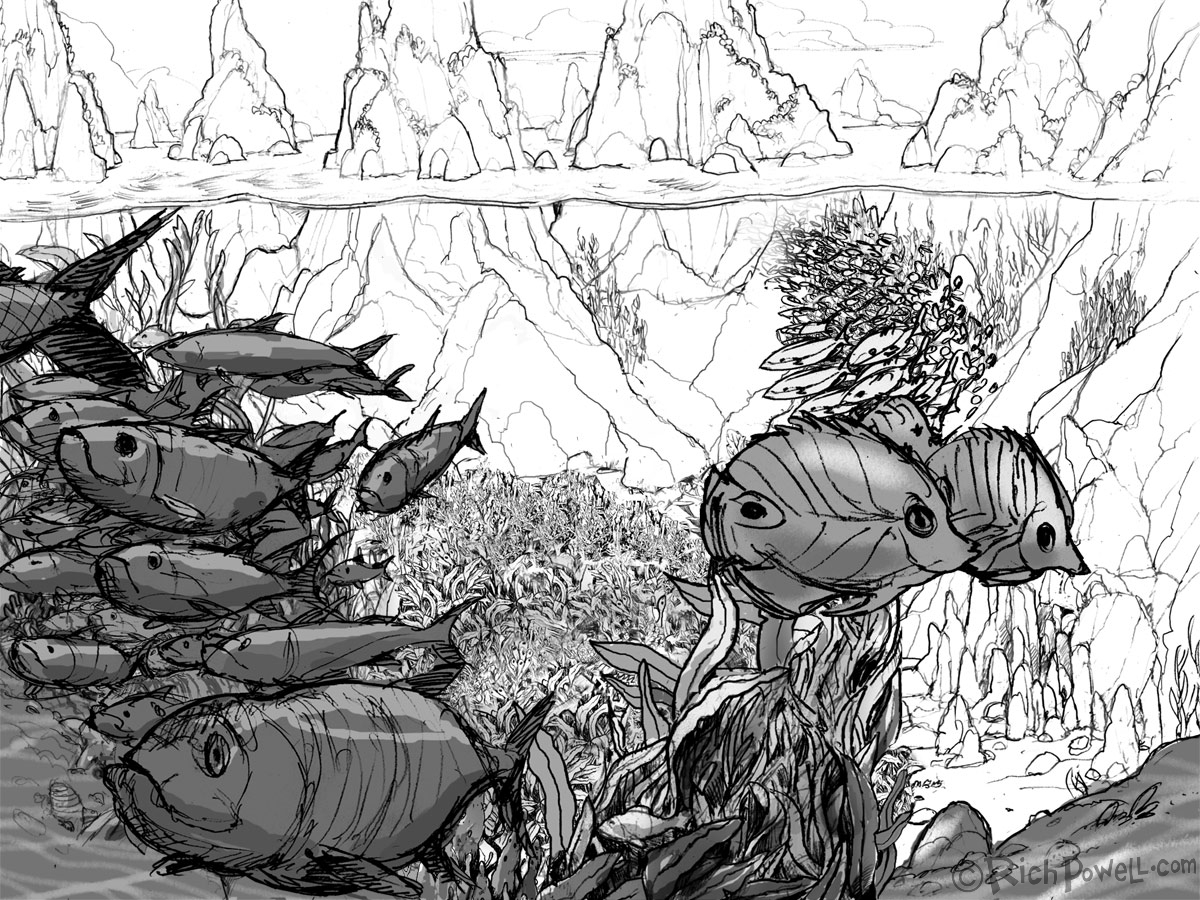 As we can see here, the Kelp Forest has been revealed and can now be explored: 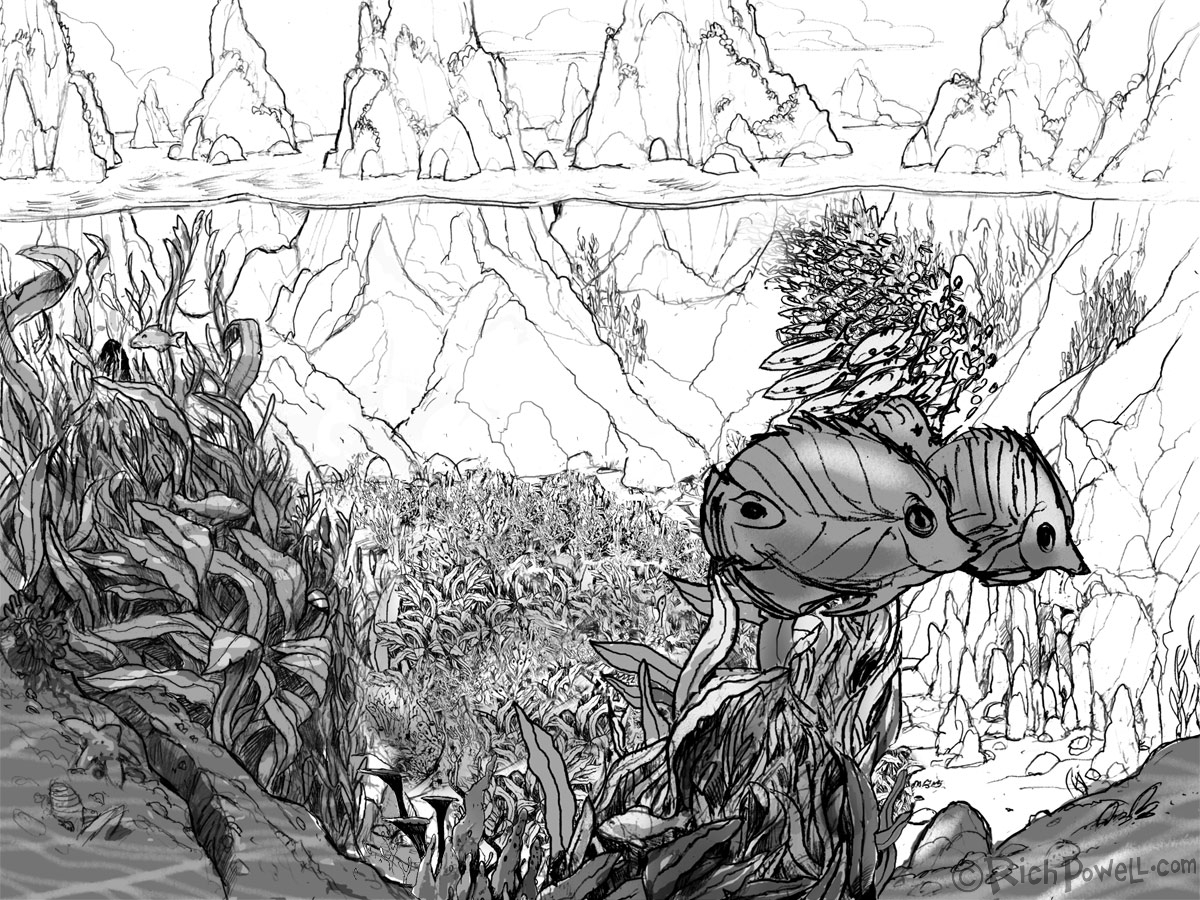 The Kelp Forest is revealed

Now the player can barely see a cave entrance behind the kelp. In this next shot, the Ship Graveyard is shown and can be explored as well. 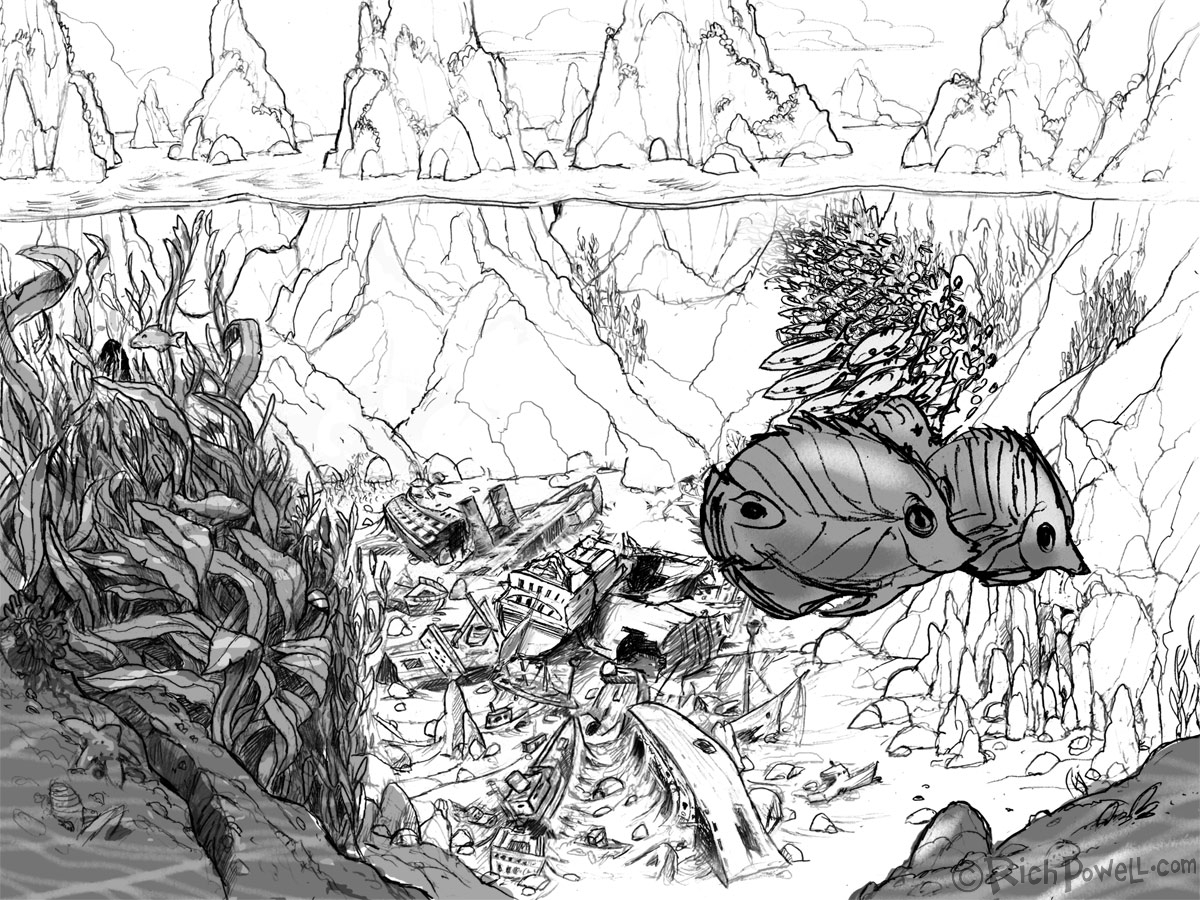 Now, we see the Coral Forest: 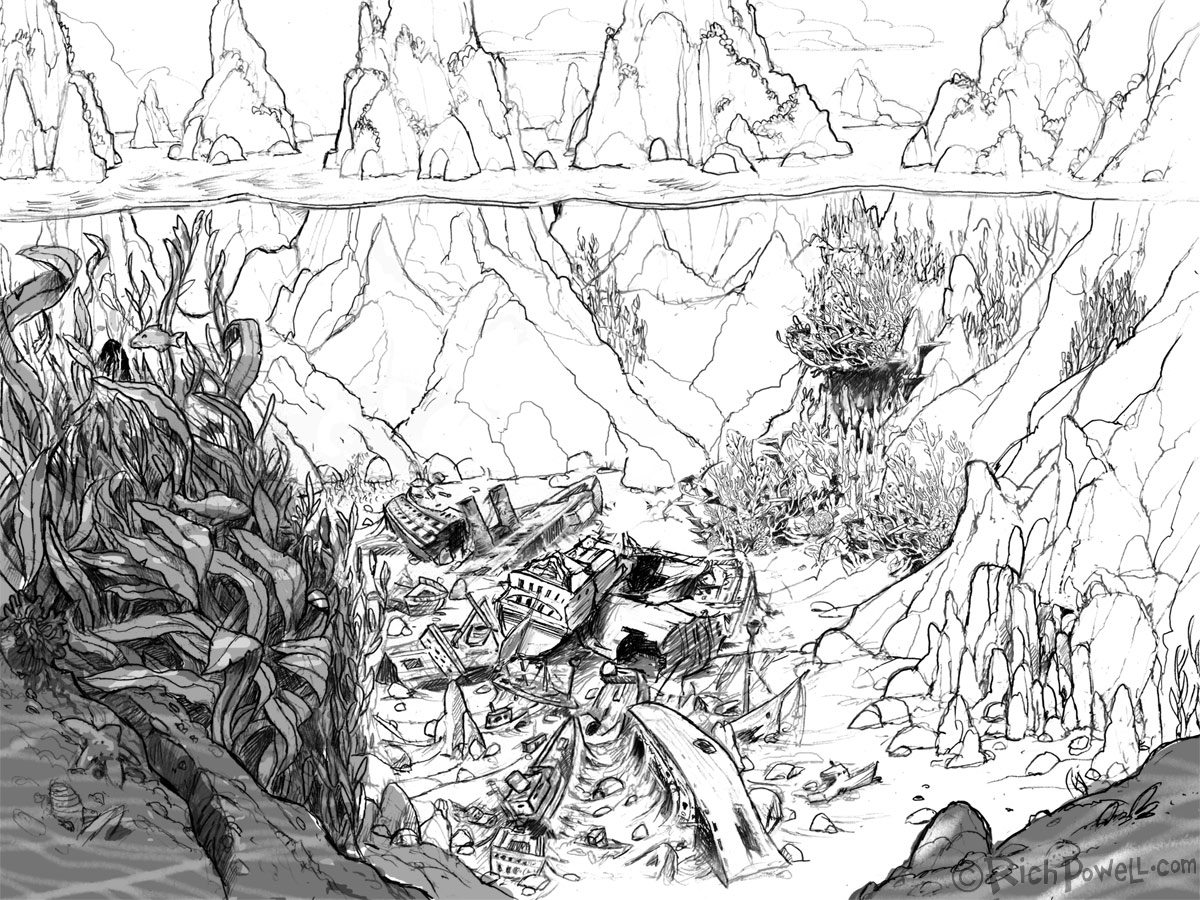 And Finally, the secret cave and it’s chambers are shown and all cave entrances can be accessed. 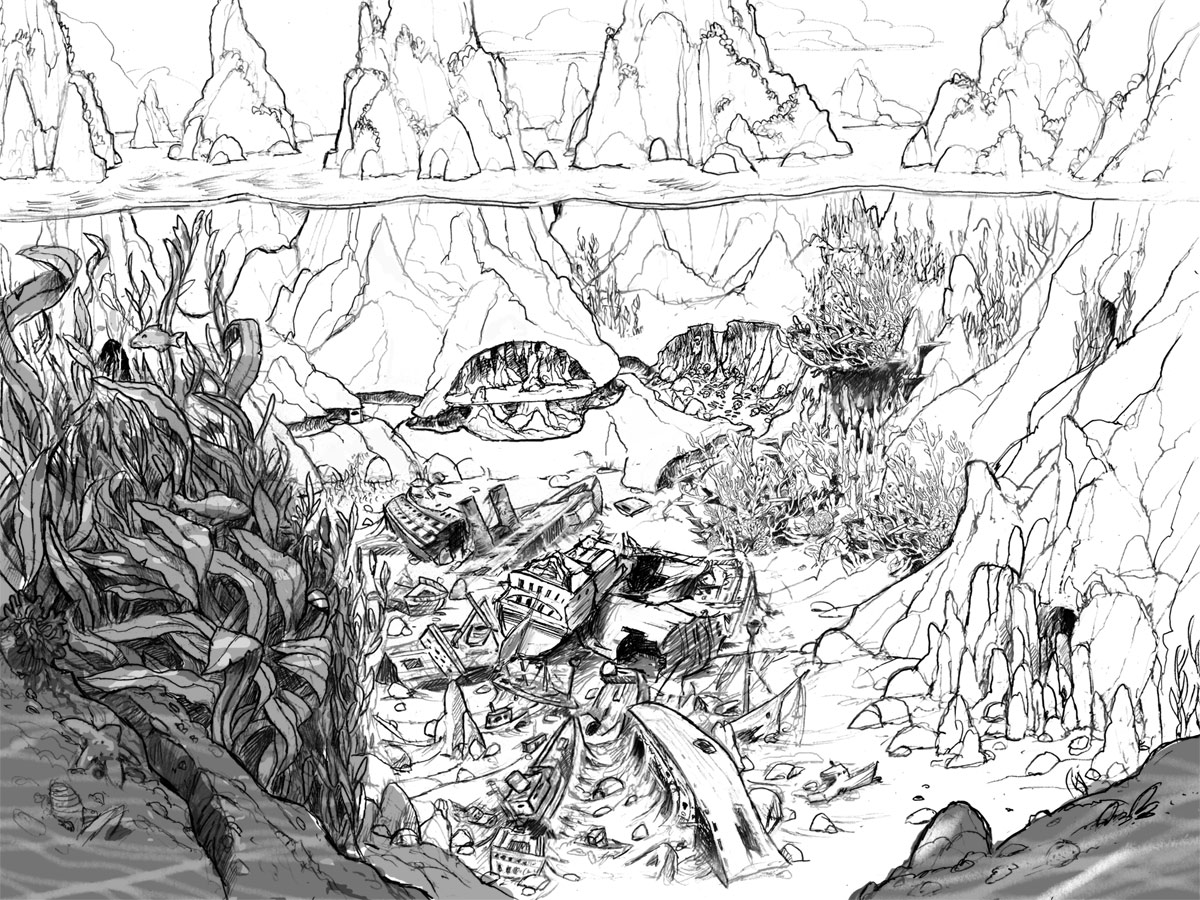 From here, lighting should be rendered in greyscale  and then maybe a small color key should be created before sending it off to the painters.

This was really a challenge, there were so many areas and so much that had to be seen by the player. One should always be careful when bidding a job, you can really screw yourself.  I would have liked to had more time to clean up the drawing and add shading myself but we were really under the gun and barely made deadline. The Art Director, Andy, is a killer artist and will probably work on this one before sending off to the painters. I think they’re in China, which is rather disappointing. I know lots of artists that could use the work. Myself included!