This week I’ve been working on a concept sketch of a map for a game. Initially, I’m given a very rough thumbnail and direction as to what has to go where. It’s funny because I’m never too familiar with the games themselves, I just work on a cool look for the screens I’m given. The art director will make sure it all fits together in the end. Here’s the initial thumbnail I was given for this map. It’s an undersea adventure 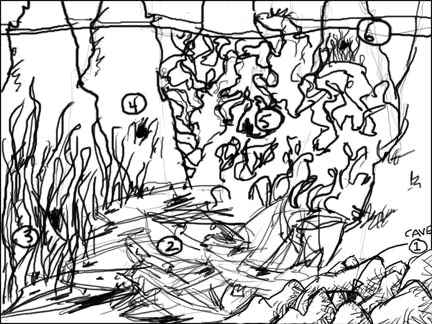 with various areas one must explore to get to the next stage of the game, solving puzzles along the way. Areas are numbered and I’m given a document that spells out what those areas are accompanied with some reference photos of what the art director had in mind..sort of. 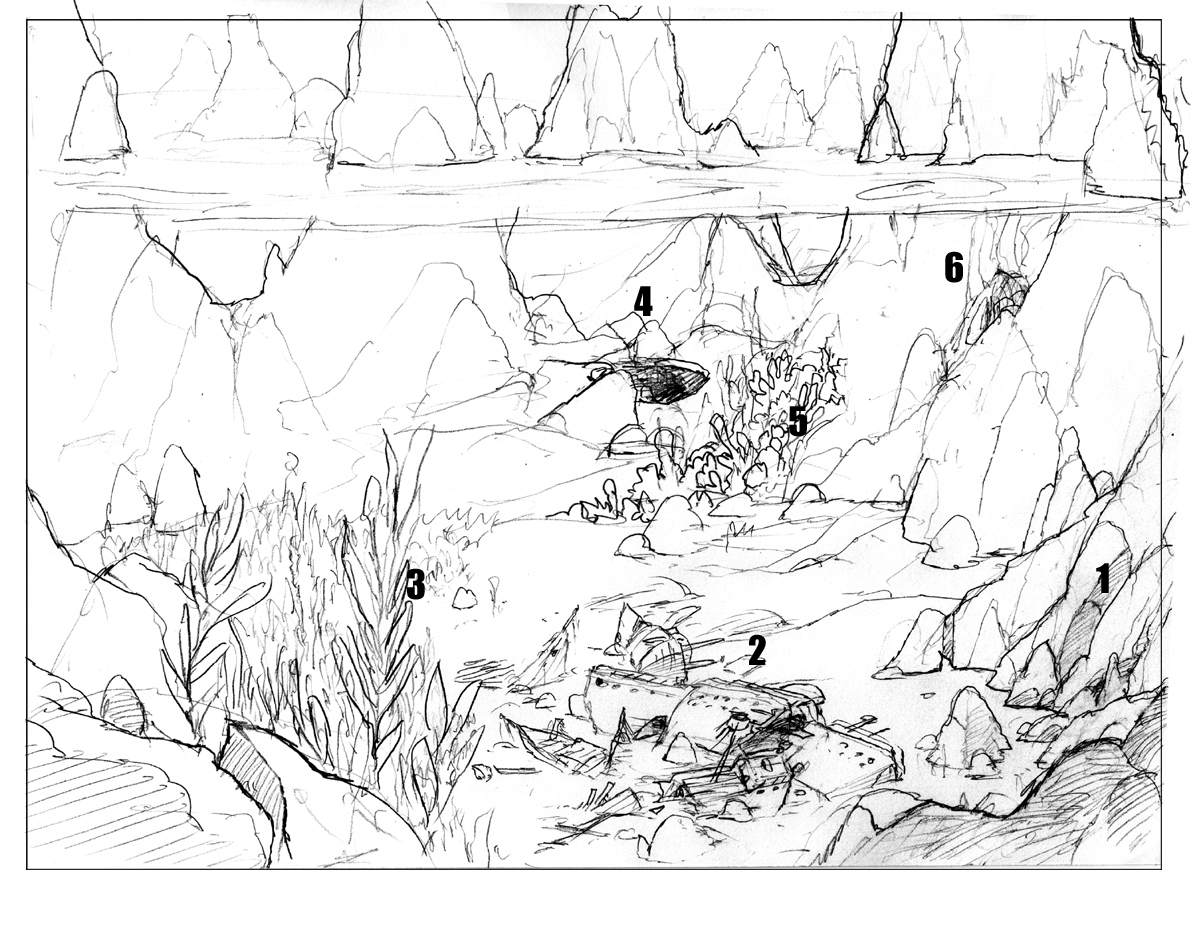 From there, I create a slightly more detailed thumbnail to assure that I’ve got the concept correctly and that things will be put where they

belong. These are marked up by the art director and game designer and sent back to me.

I got a few things wrong in the initial sketch, so…back to the drawing board. These are accompanied by detailed notes, explaining  the mark-ups. 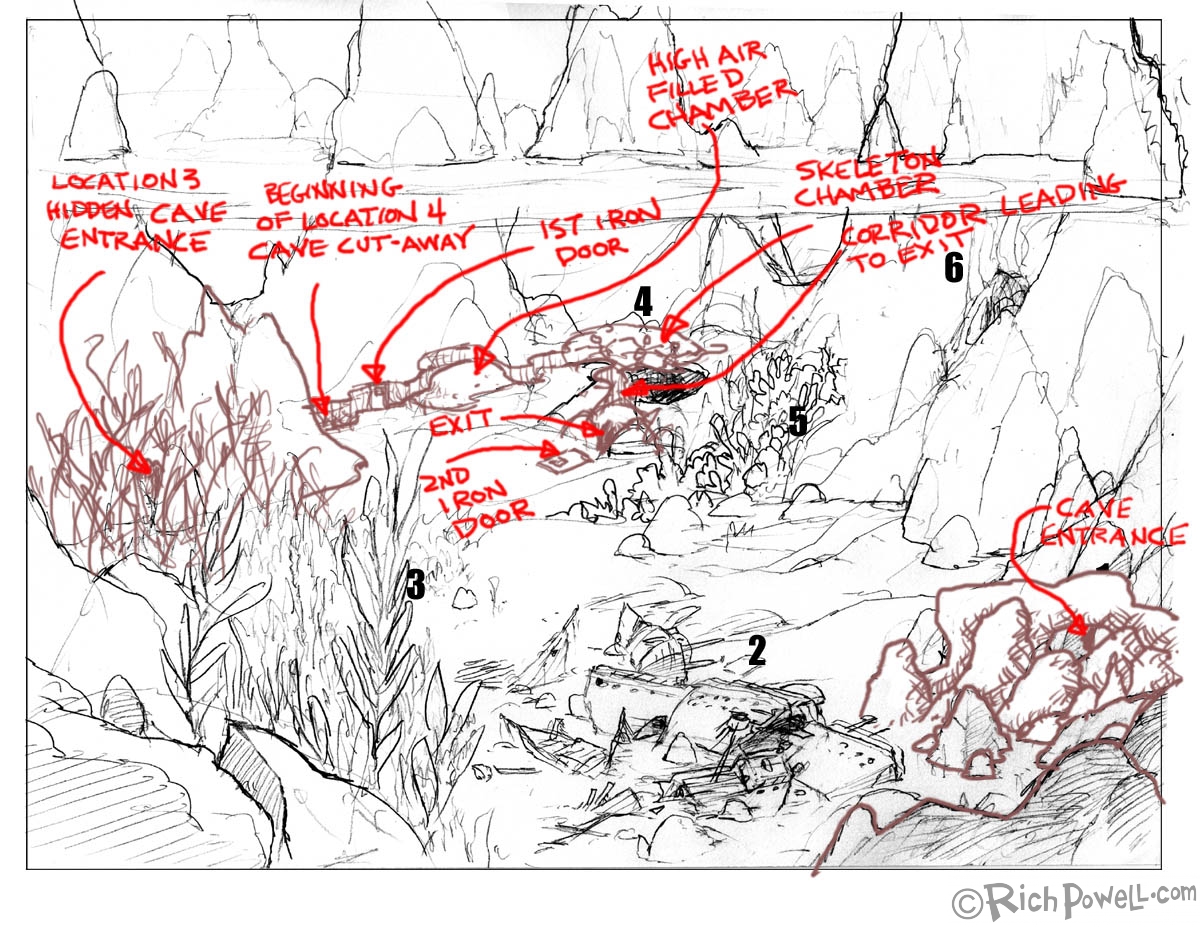 Notes on the first sketch

From here I have a pretty good idea and go to a much tighter sketch. I’ve only got a few days to get the whole thing finished so I need to work as quickly as I can, keeping things tight… but not too tight, removing stuff in Photoshop and reprinting, adding to the drawing as I go. It’s tricky to bid these types of jobs, the client wants quality but also wants it fast and at a low price!

The next series of revisions are mostly sent in text form, there isn’t much to mark up graphically because I’m getting close. Stuff like, “Add 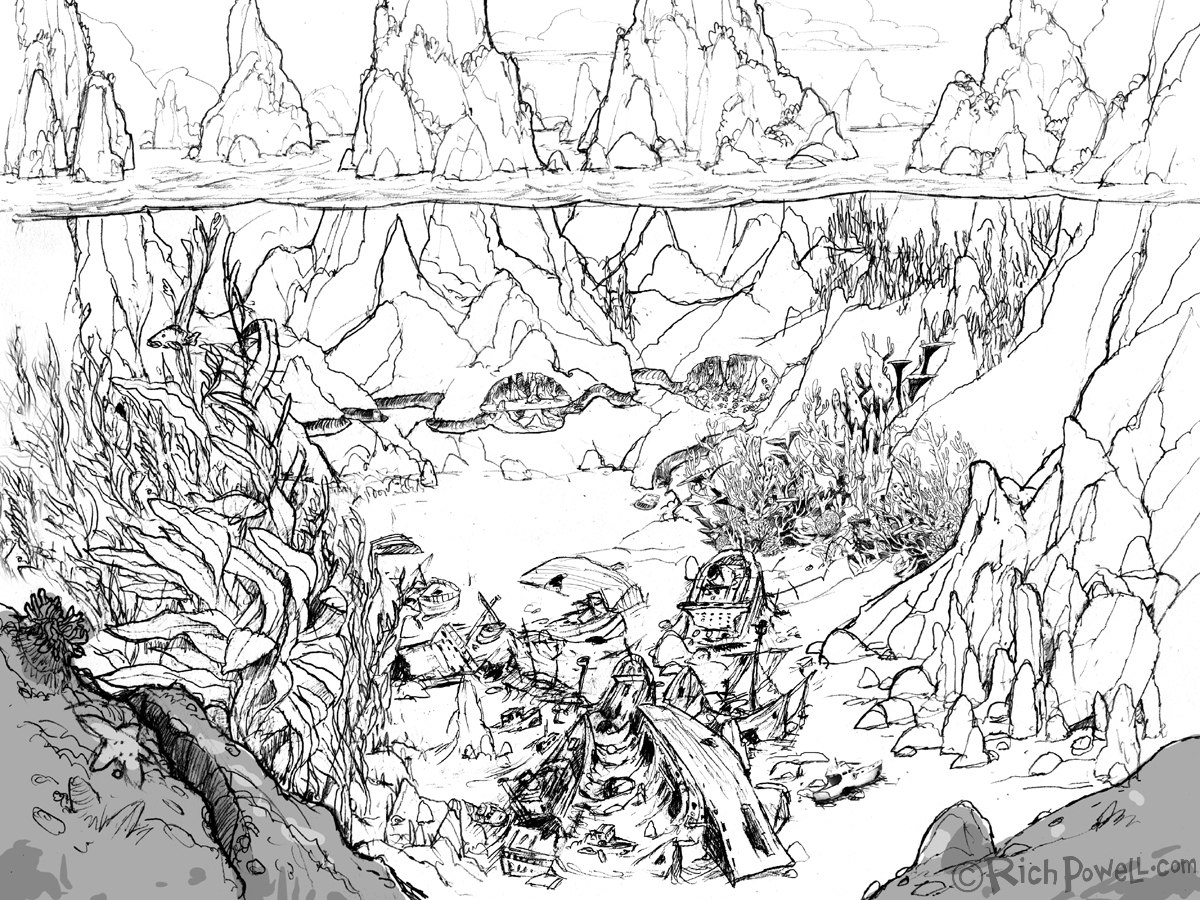 a couple more ships to the graveyard” or “more kelp in the upper left”. Kelp is a pain in the butt.

So, this is where I am this morning. I’ll post the final when I’ve got it right!