Phew! Just finished putting the finishing touches on the Pirate print. What a BEAR! I made many changes to the scanned pencil as I went along, coloring it in Photoshop. My Wacom finger is killin’ me! I removed the “censored” sign from the pantless guy and went for a skirt gag instead. Initially I was going to accompany the print with a “legend” telling the names of the crew and this guy was gonna be “Pantless something” but, opting out of that idea, he looked out of place. Now the tough looking guy has a skirt and is sporting a purse. I also removed the ship from the pic and added a ship’s wheel. I figured that adding the wheel would explain why Blackbeard is above everyone else. The flag is Blackbeard’s actual flag design. It’s pretty trippy. 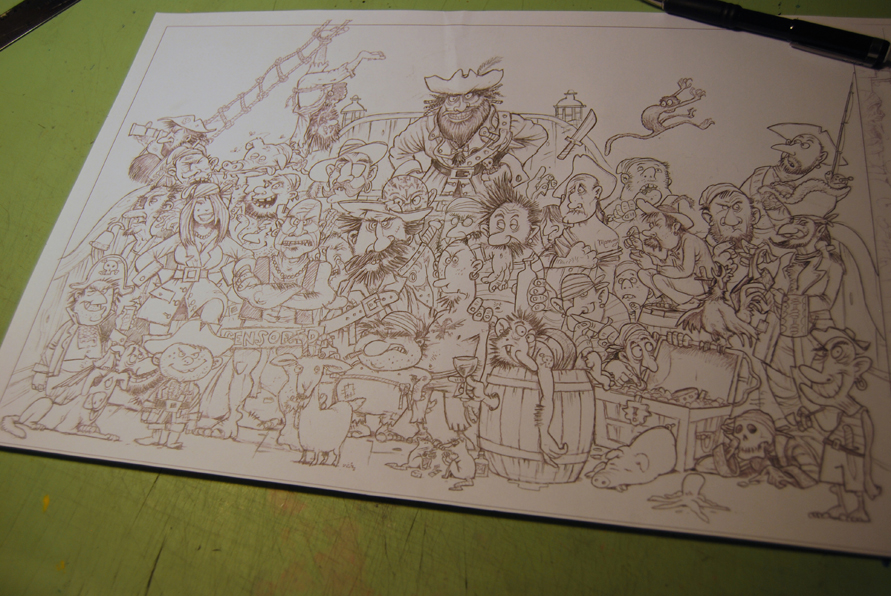 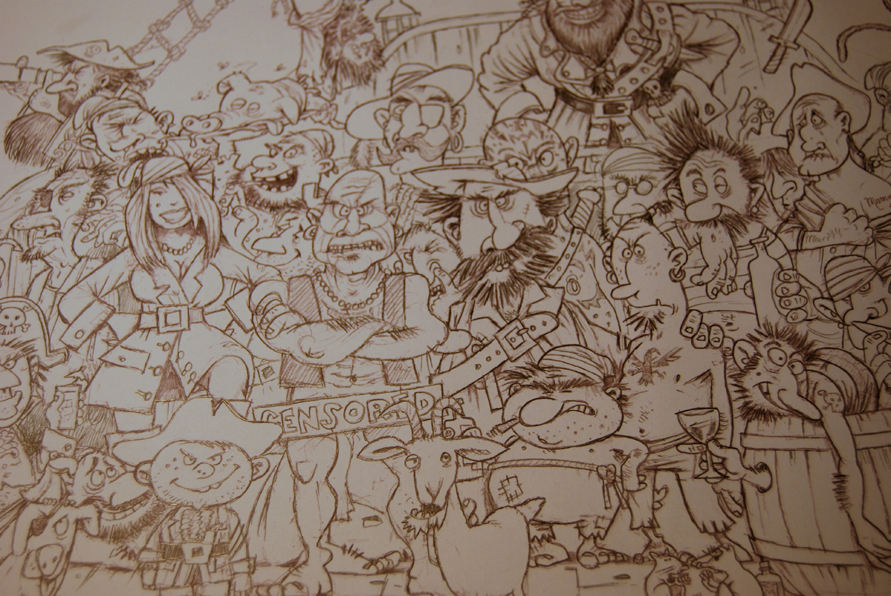 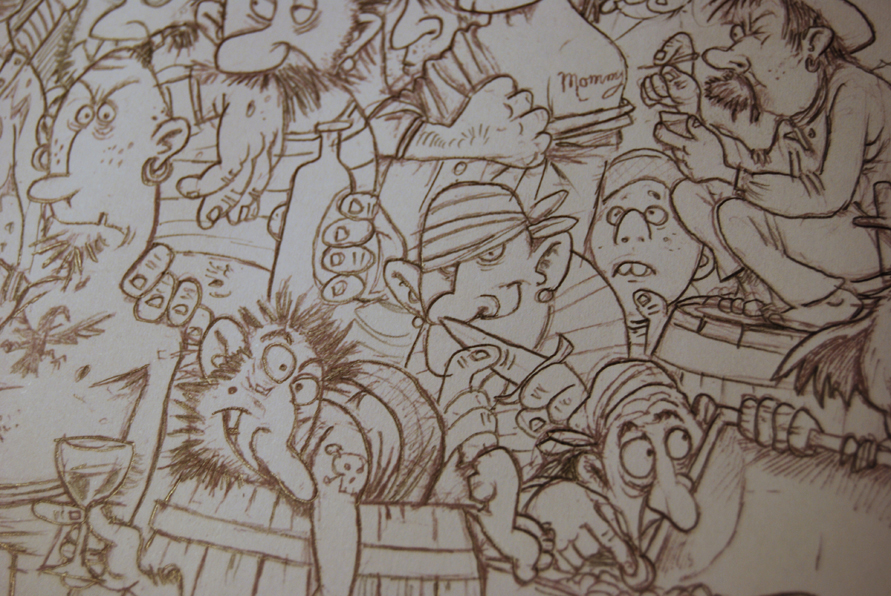 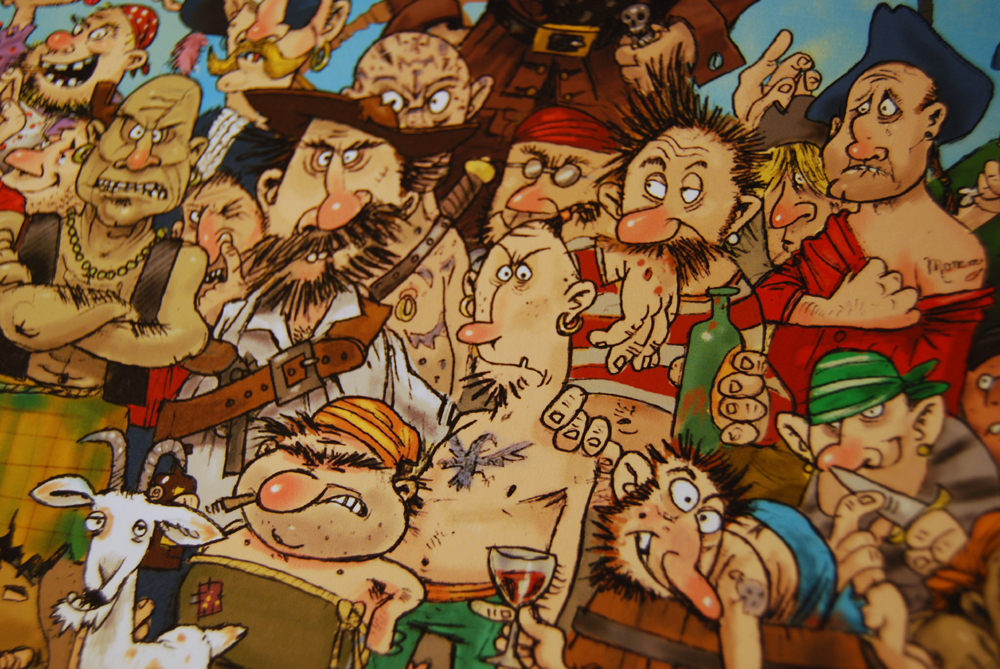 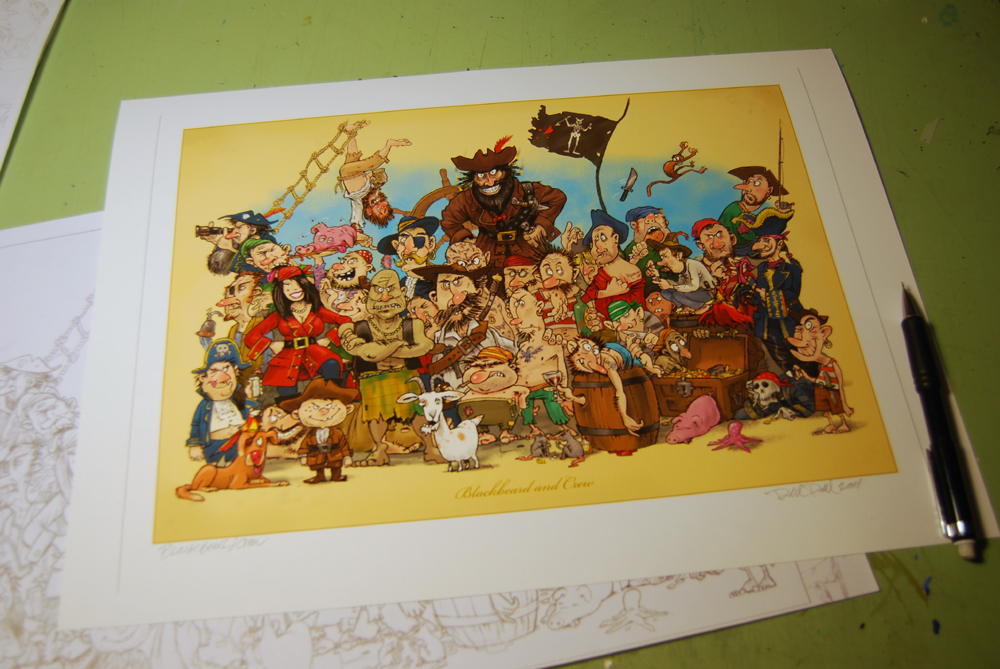