I was just going through my backed -up files and stumbled upon a bunch of toons I did years ago in collaboration with an old co-worker of mine, Josh Mandel. Josh was a writer/game designer for the venerable Sierra On-Line, creator of legendary adventure games back in the 90s. Josh did some Leisure Suit Larry stuff, Space Quest, Freddy Pharkas: Frontier Pharmacist…etc.  He’s a funny guy. Many years later, we found ourselves working together as freelancers for the National Institute for Health, creating an educational game, D.M. Dinwiddie, Physician in Training. We spent a lot of time on the phone and e-mail and eventually the fact that Josh does magic came up. We decided to pitch some cartoons with a magic theme to the great magician’s magazine, “Genii”. It was a classy publication with loads of cool articles and pointers. I love old magic posters and tricks so I was on-board! Now…I didn’t always “get” the gags, not being all that familiar with standard tricks etc. but the readers ate them up. I’ll share some of them with you here. I’ll include a couple roughs and a couple rejects as well 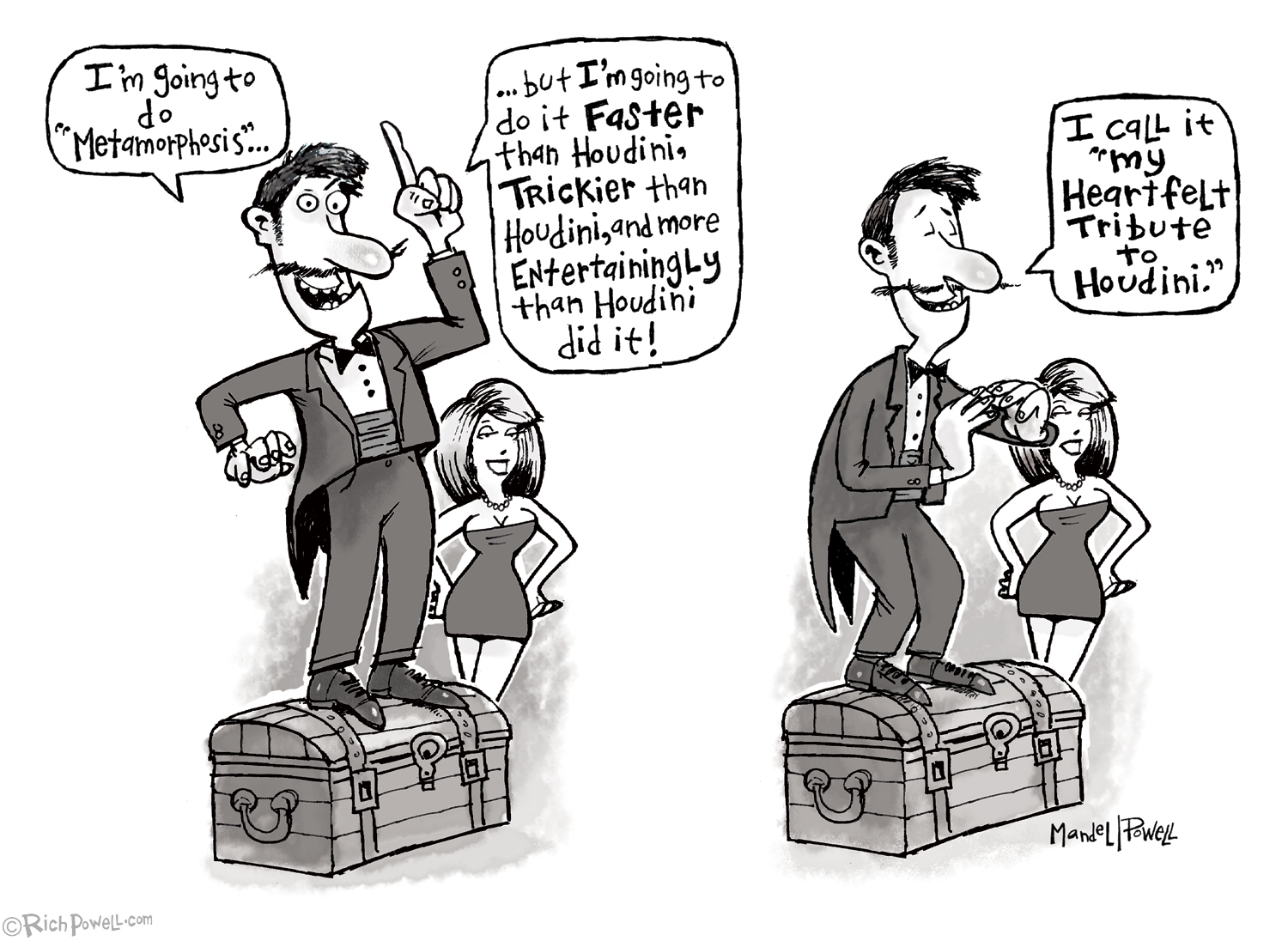 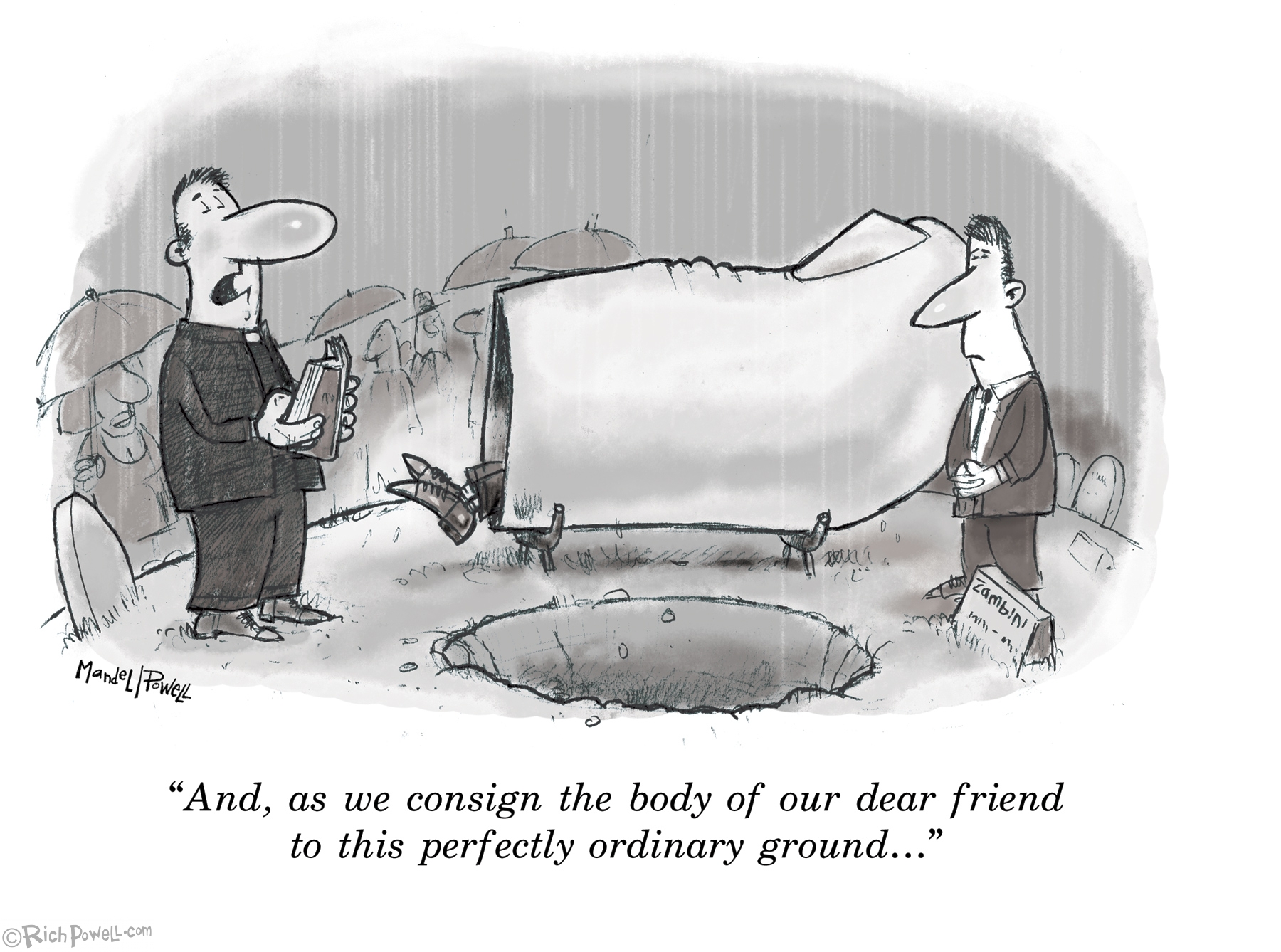 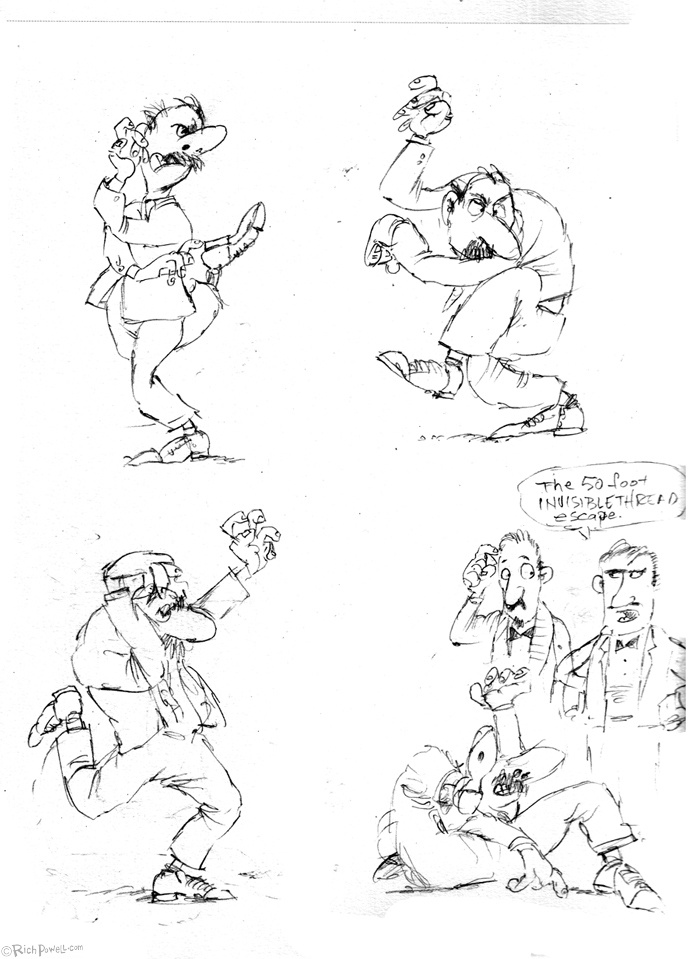 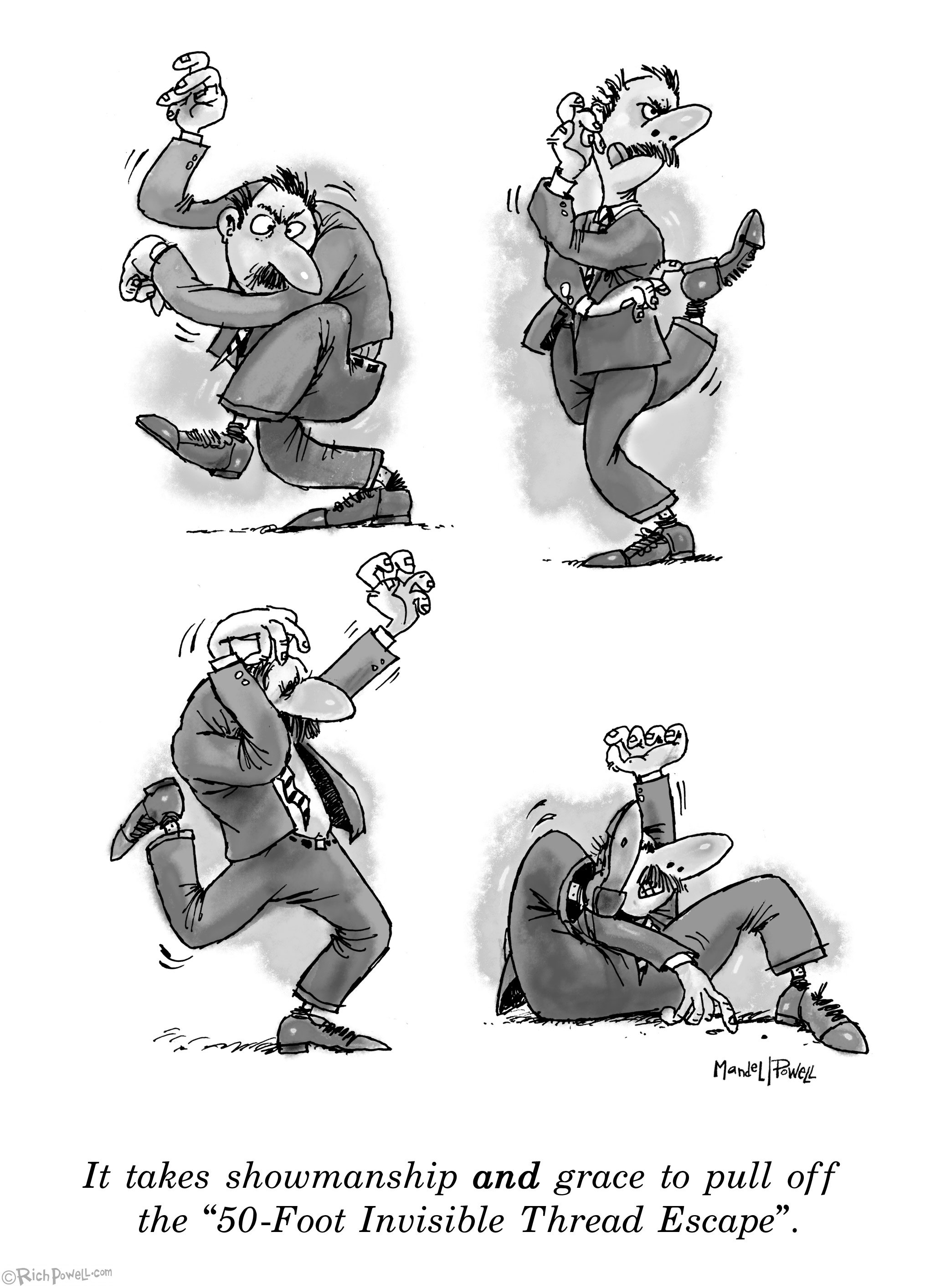 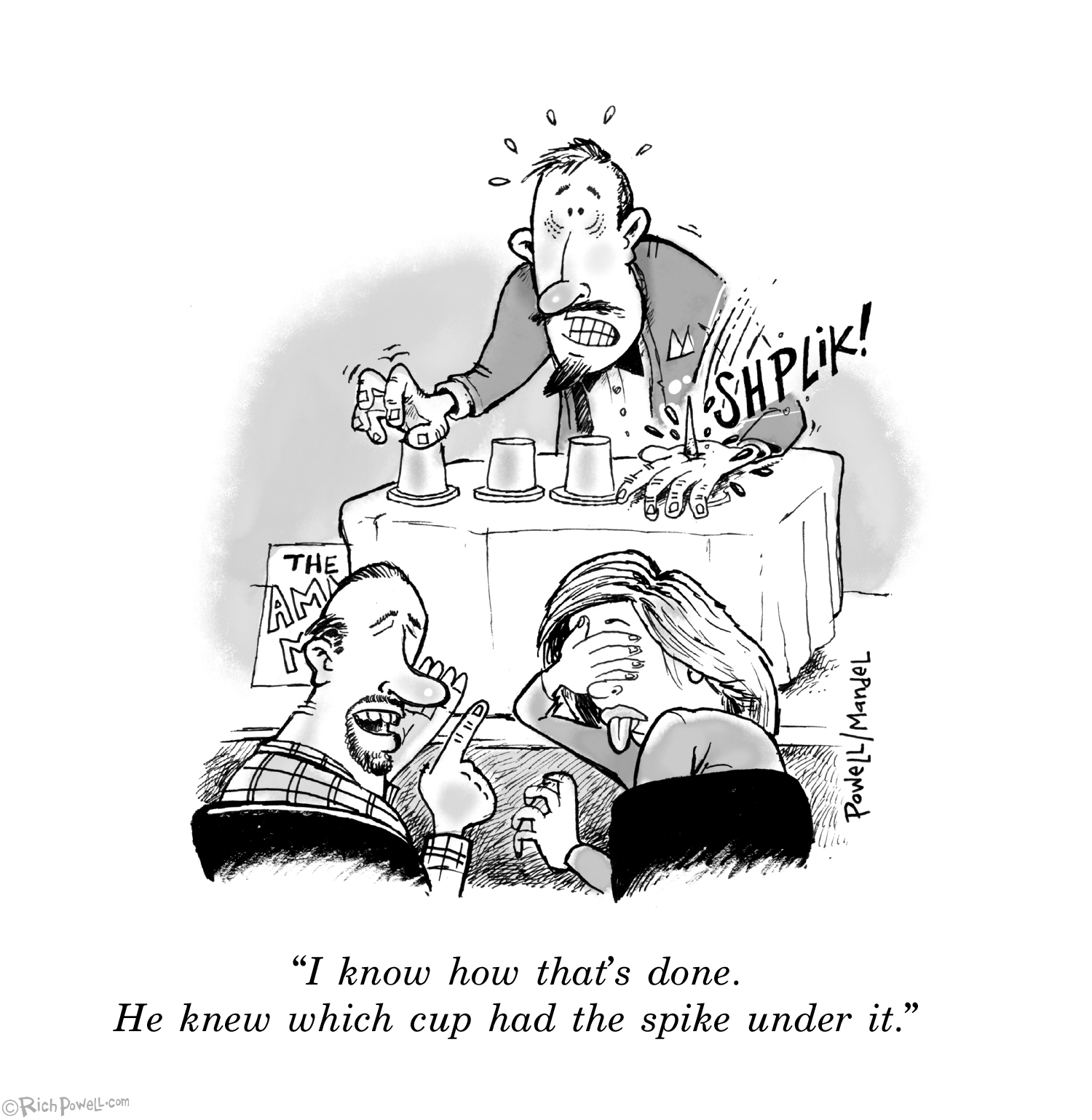 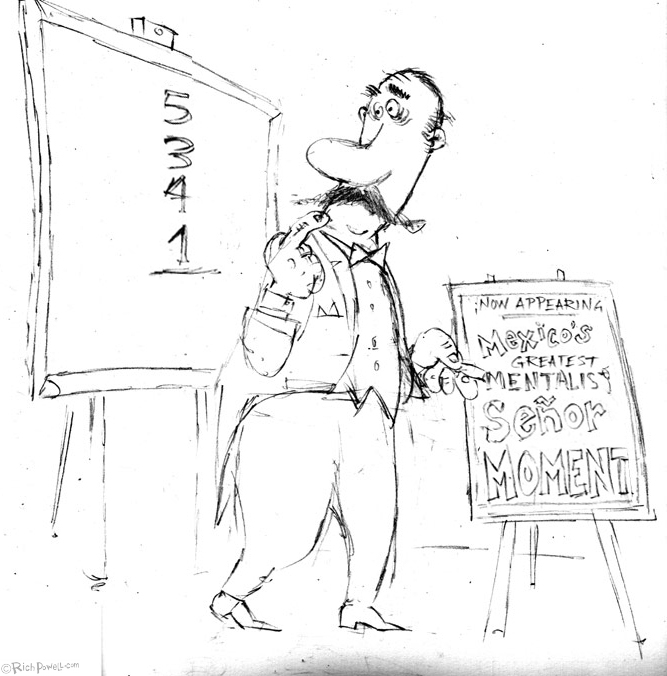 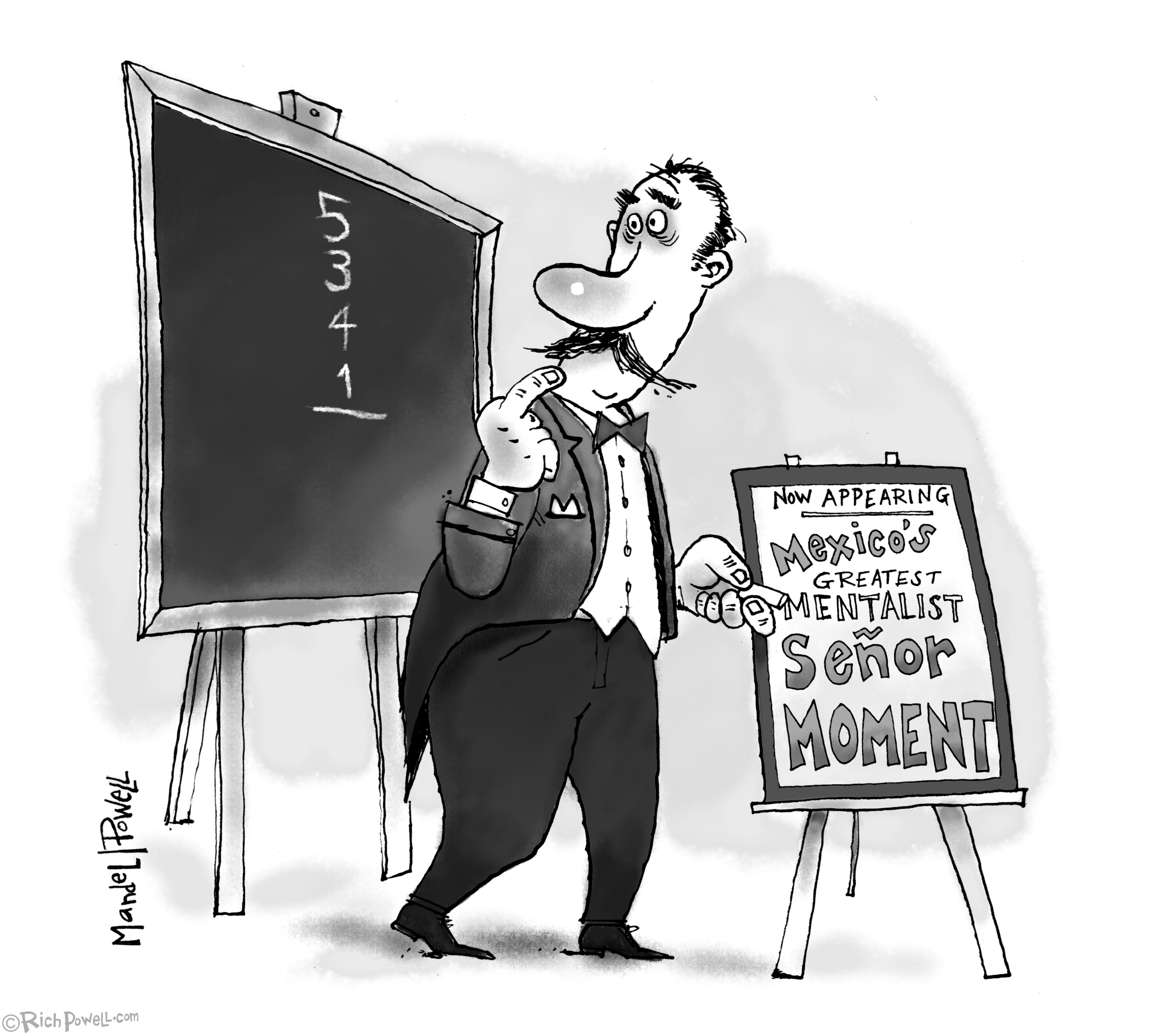 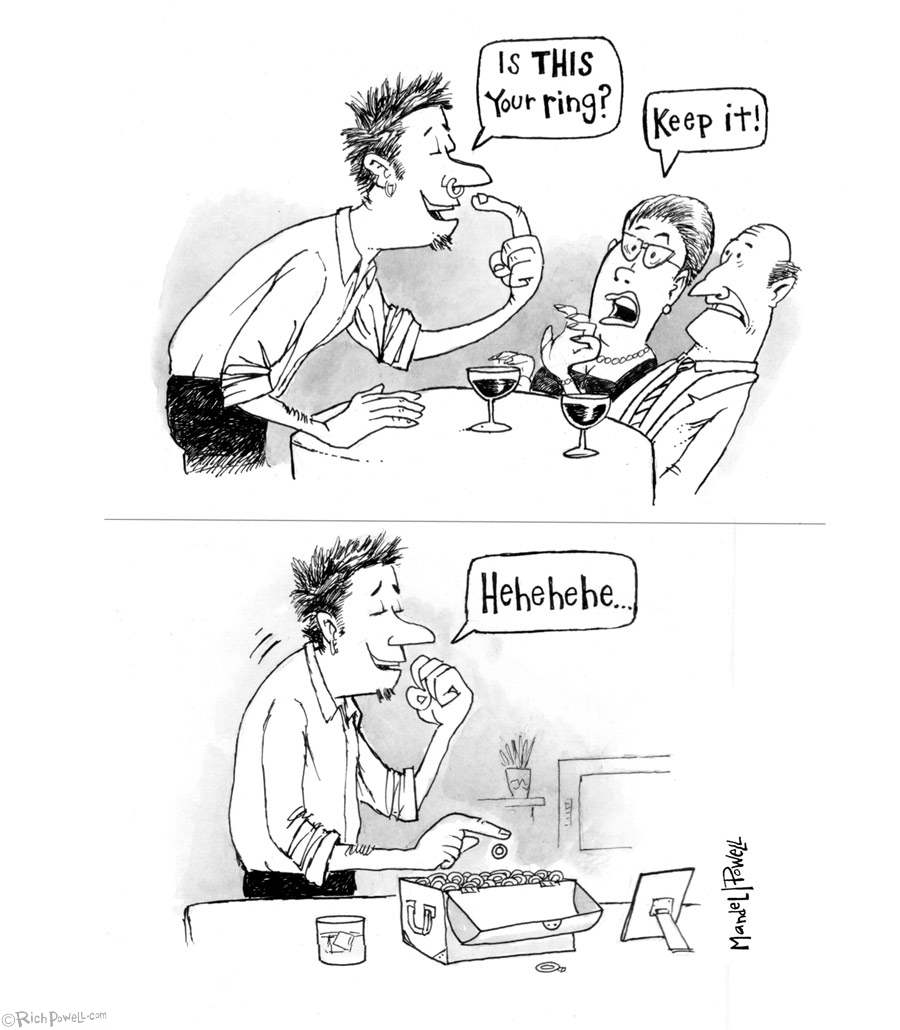 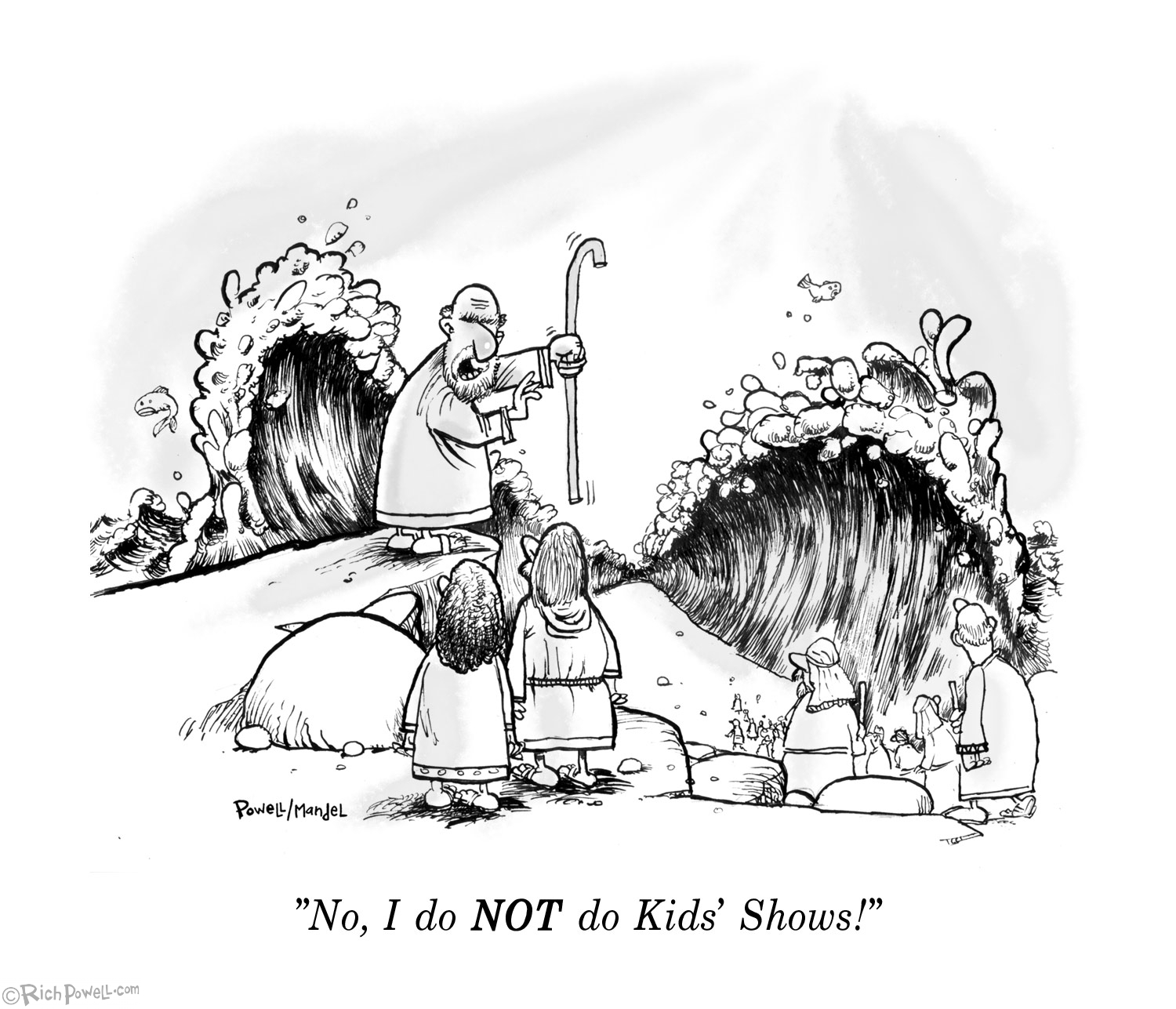 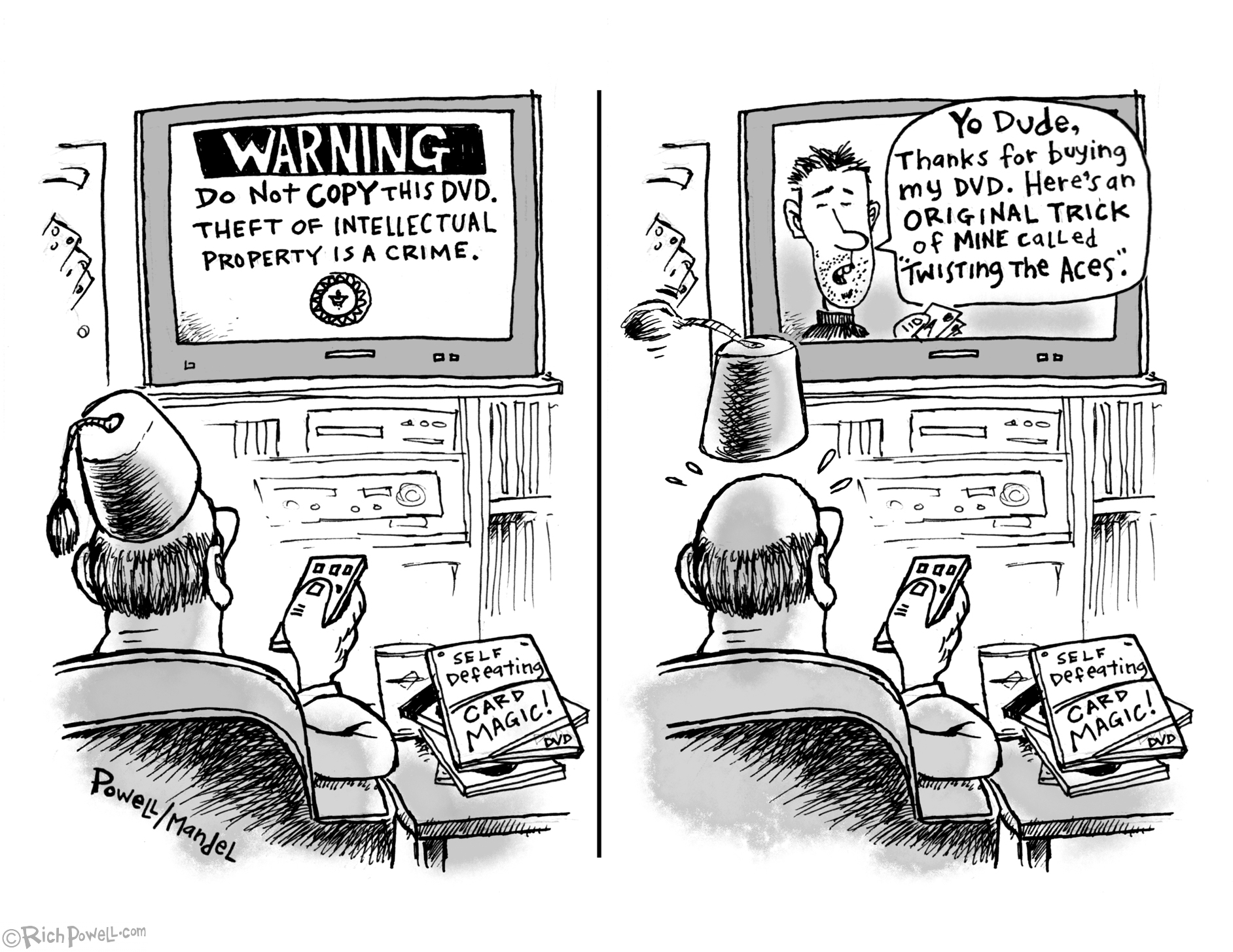 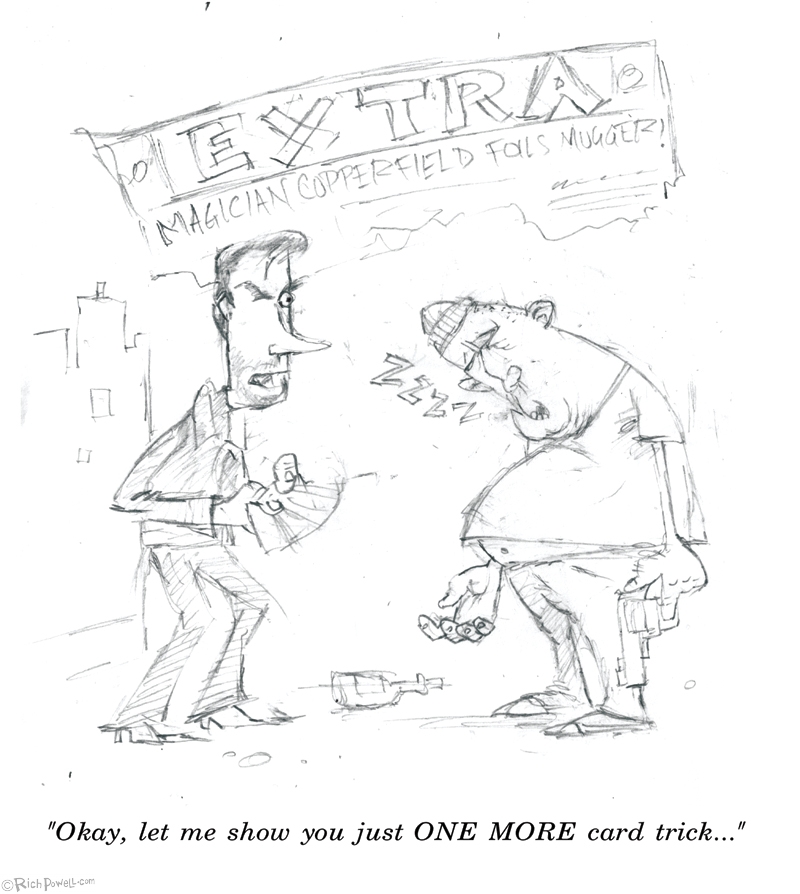 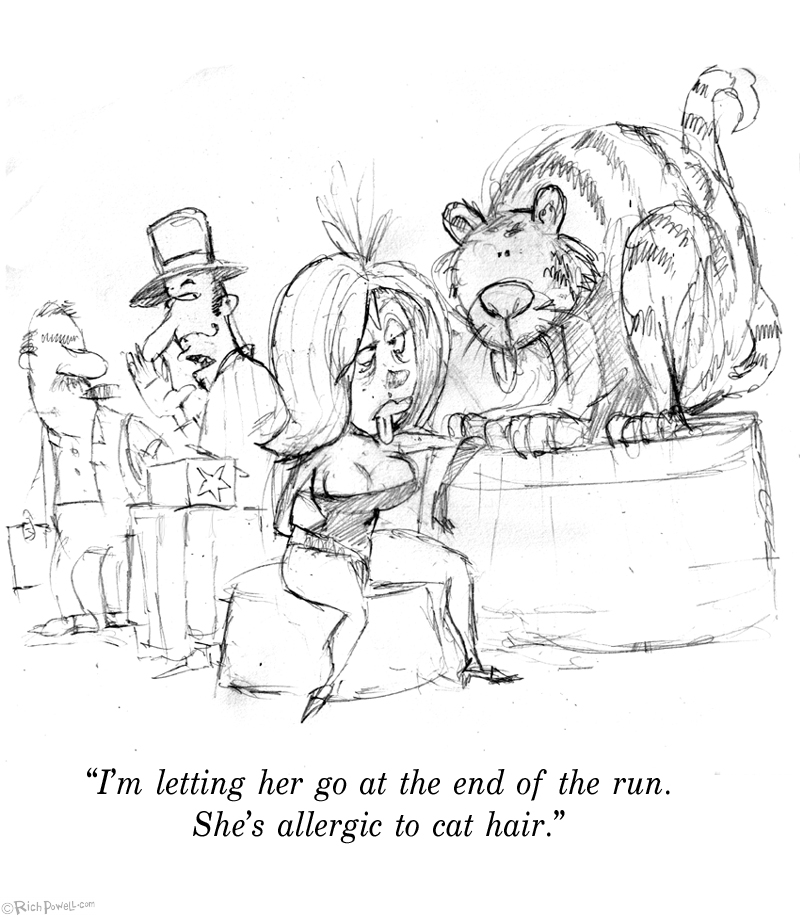 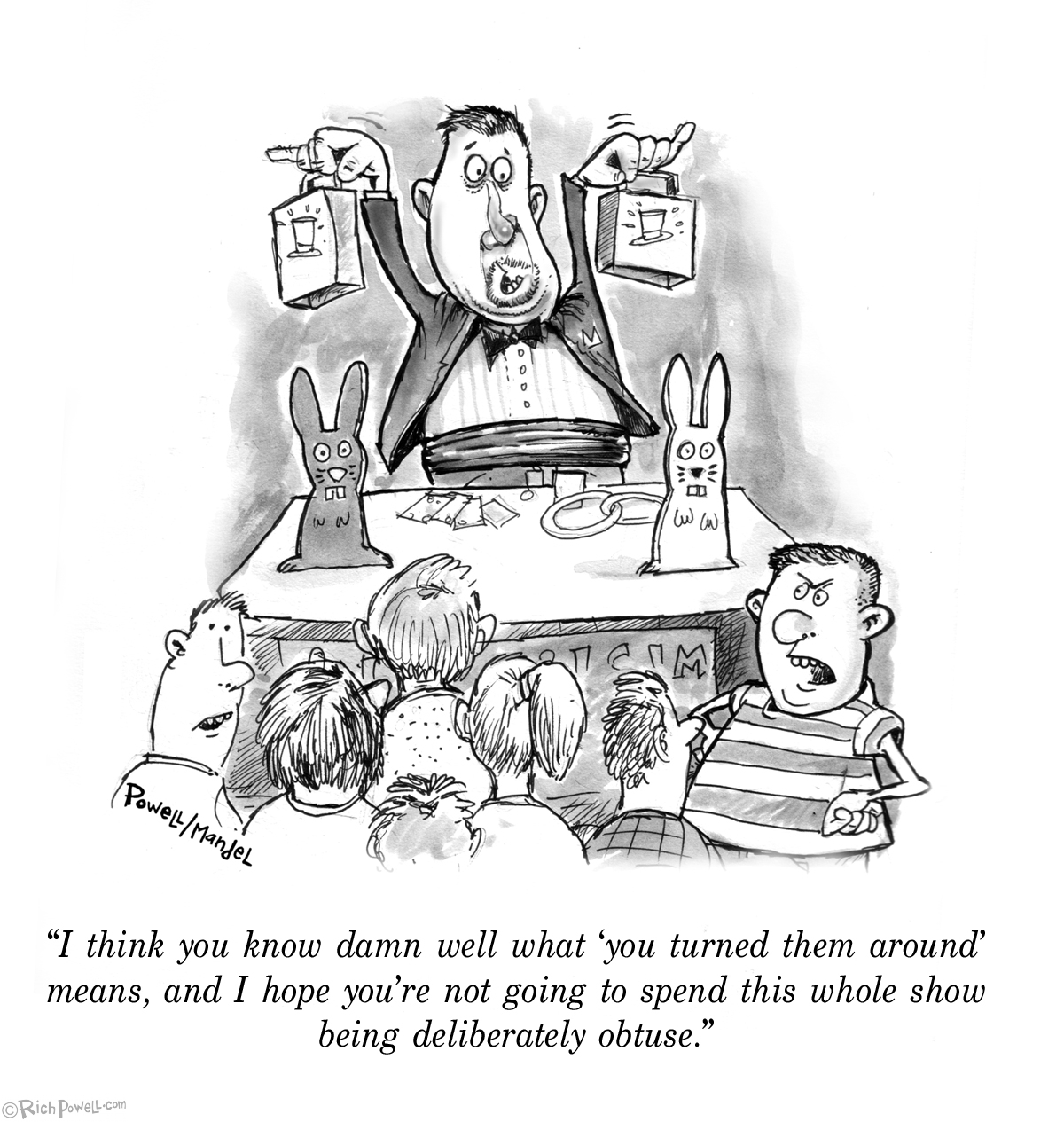 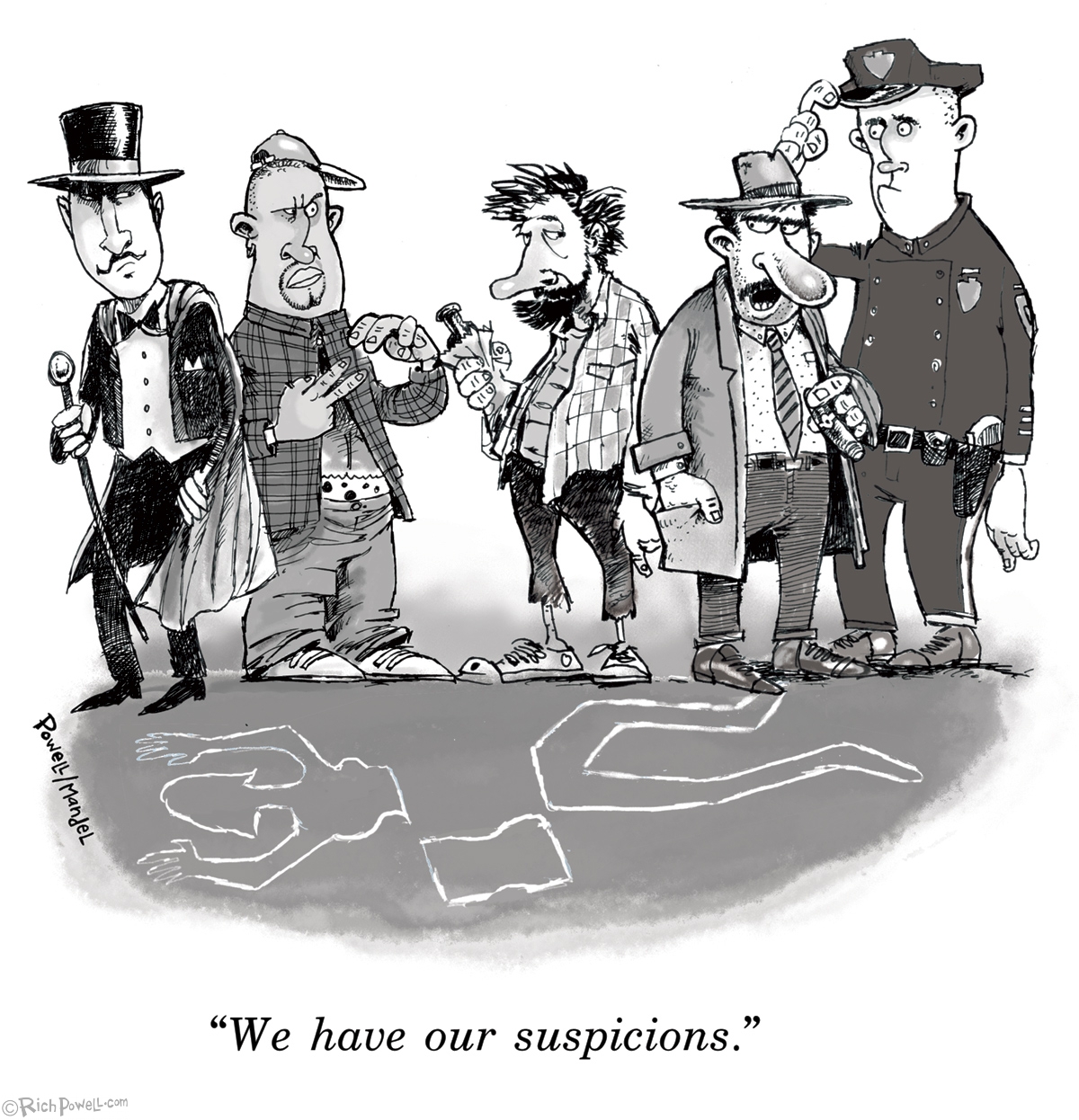