This past month I’ve been soaking in Pirates. Sort of a stinkystew, a frothy bowl of arrgggghh. I’m not complaining but variety IS the spice of life, isn’t it. Dixie Drive has been hard to keep up with, switching gears from pirates to pork gags can be daunting.

Anyway, at the beginning of the month (or was it the end of last month?)  I taught a bunch of kids at the Library all about drawing pirates…wooden legs, hooks, eye patches..all those weird hats..you name it. Then I was contacted by the Beaufort General Store is search of a new p[irate shirt design. Pirates are huge in Beaufort, NC. The wreck of Blackbeard’s ship, The Queen Anne’s Revenge was recently discovered off the coast there and ol’ Blackie himself used to hang out in Beaufort back in the day. It’s a downright Pirate-y place.

The first design was for a pirate dog. Yes, a pooch… The store has a little boxer as a mascot and they wanted him in pirate garb. Now, I’ve done shirts for Beaufort in the past and they’re not my typical cartoony stuff. So, these guys wanted a piece of that action. It’s a shame, I think I’m better at the cartoony style but…hell… I gotta make a buck.

I pitched a cartoon pooch anyway: 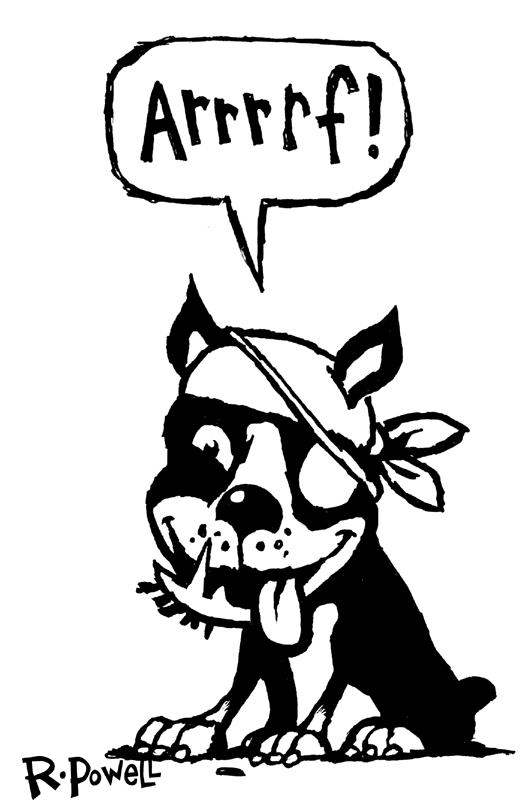 Unfortunately, they didn’t go for it and I ended up drawing about ten different dogs in bandanas with eye-patches. The final product is one that I’ll probably keep under my hat. It’s tough working with a client with a strong idea of what they want in theiir head, they usually end up art-directing you to mediocrity. You can always tell when you’re working with a client who shows your design around for opinions. You’ll e-mail them a design and won’t hear back for something like 2 hours. Then, there’s always a bunch of changes out of left-field. Do your local artist a favor, should you hire one: let him/her do what they do best!

So, because of this and because I’m a cheap bastard, I work on standard printer paper a lot. I son’t save every sketch and just toss the damned things out as I go. I’ll usually work really rough and if I do use my good sketchbook, I’ll jam as much as I can onto one page. What can I say, when you have neuroses, choose your battles. 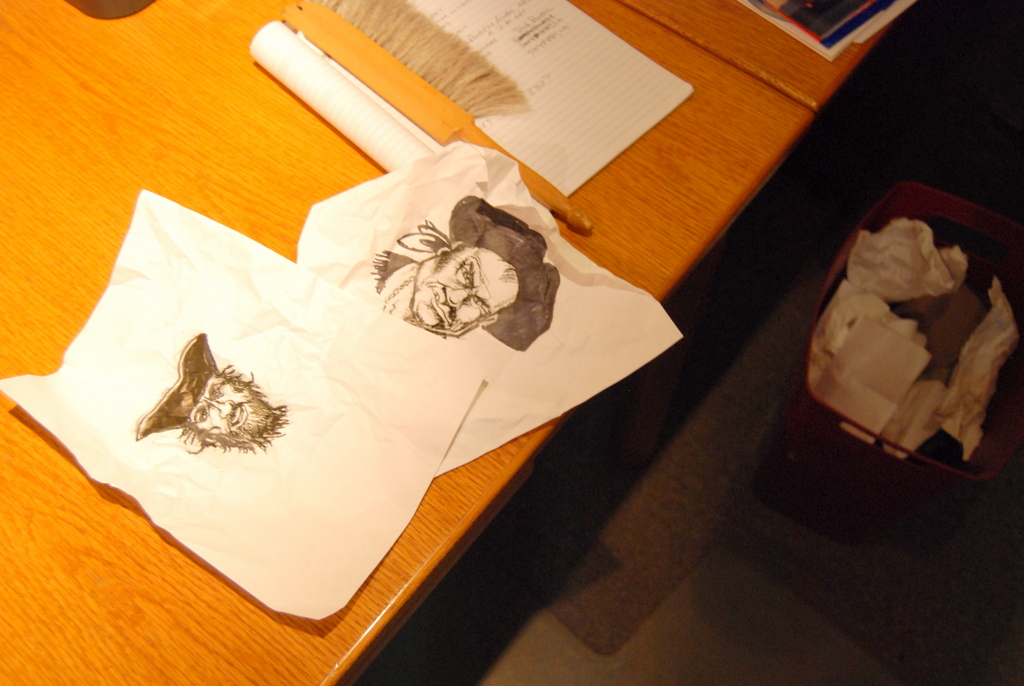 I pulled these out of the trash to give you an idea. They sucked anyway.  Here’s an example of what I mean by squeezing a bunch of stuff onto one page in the sketchbook. I never am happy with how my women turn out and usually do a BUNCH of revisions in the computer before sending them to a client. 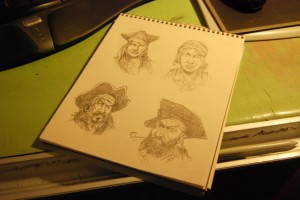 These were done very quickly and kept pretty rough. It can often create a cool effect when I mess with them in Photoshop. I can choose what rough stuff to leave in and what to remove.

When I talk about revisions here’s an examples of the various states I keep my files in. I don’t like to overwrite early files because you never know…the client may say they want “That one you did five revisions ago”. Arrrrrgggghhh! 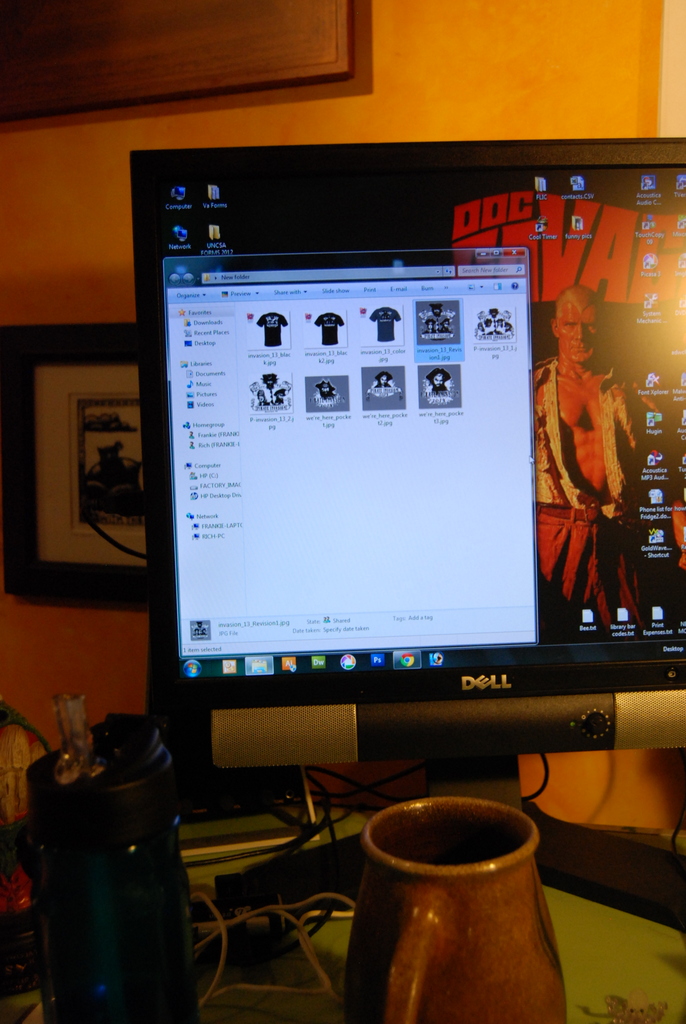 I can’t get too close with this shot, the shirts have yet to be printed and Mr. Slugworth may steal the General Store’s idea. I’m doing a shirt for Beaufort’s annual “Pirate Invasion” weekend and everyone wants to have the coolest shirt. Hope mine does well! 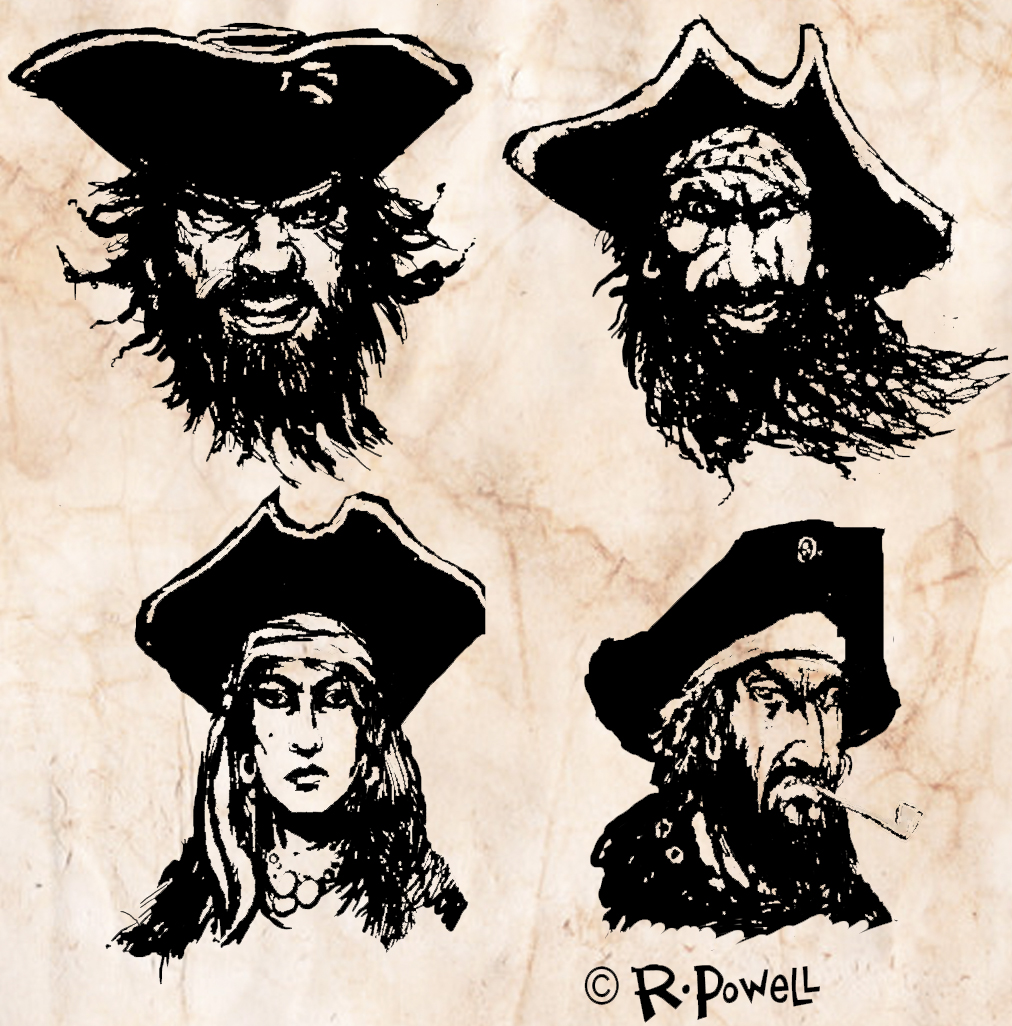 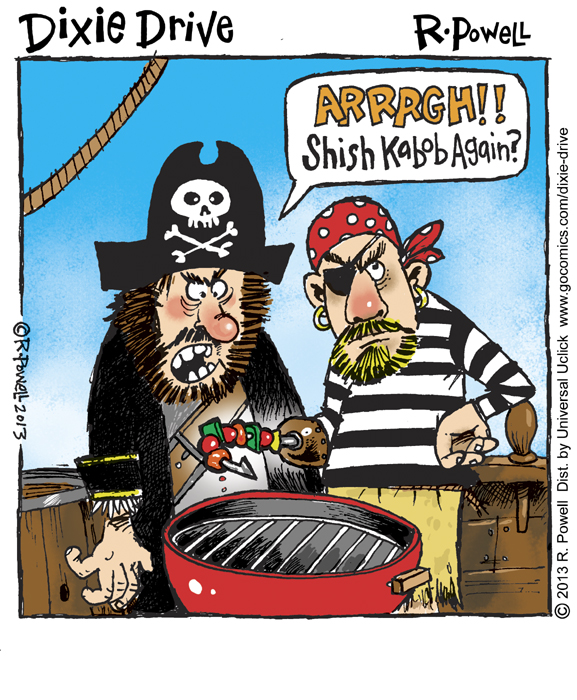