Today my friend Terry Locke visited the studio to interview me for his brand new “Asheboro Live” site. 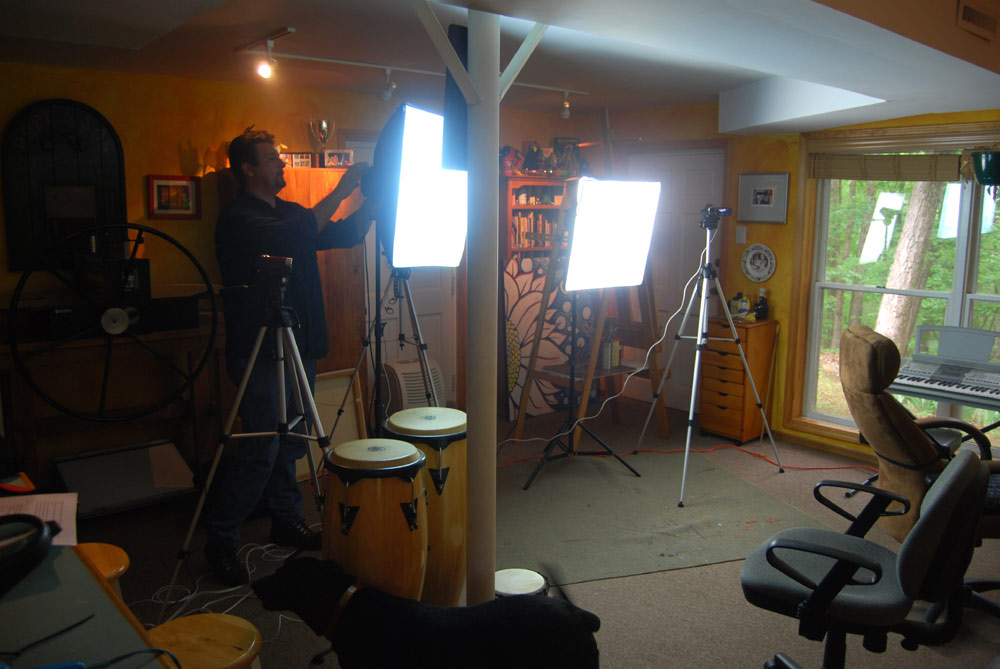 Basically, Terry is setting up a video site where folks can see videos of local folks interviewed or view live broadcasts from local events. We recently saw him at a Face to Facebook party at the Varsity downtown where he had the whole video setup going and was giving the play by play of the Karaoke performers and talking to folks he pulled to the side. 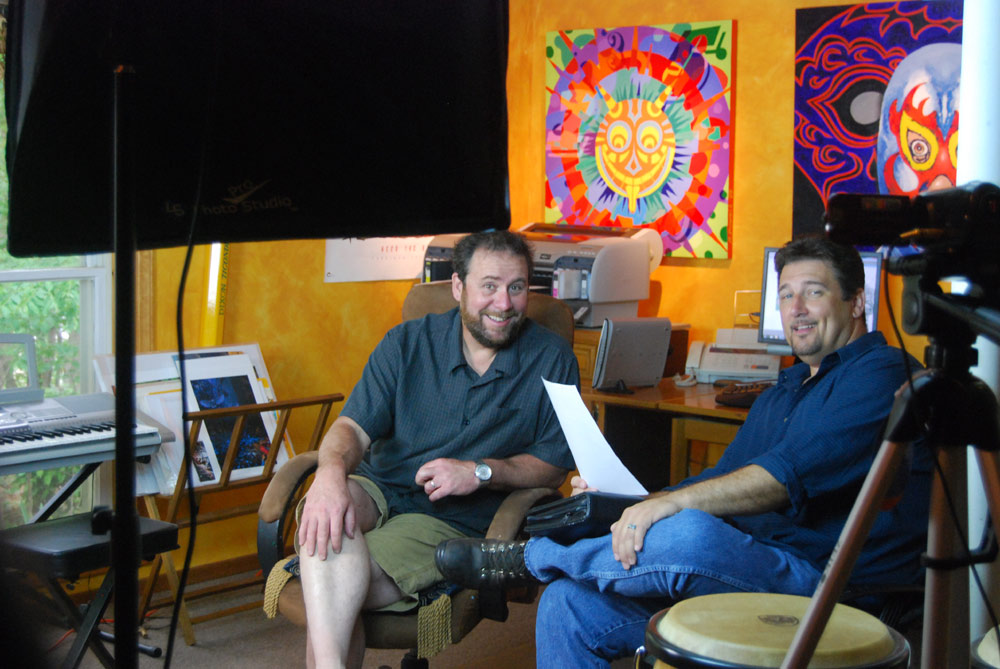 Which one is Ed McMahon?

I had no idea what to expect but Terry did a really good job of asking simple questions that my neanderthal mind could grasp and kept it short and sweet. Maybe a little tangy.

At my age, it’s always a gamble to let video cameras into your house. I’m always surprised at the smaller roll call that is attended each day at the top of my head. I’ve got a lot of follicles that have gone awol. *sigh*

Anyway, thanks Terry! It was a fun morning and I wish Asheboro Live all the luck in the world!